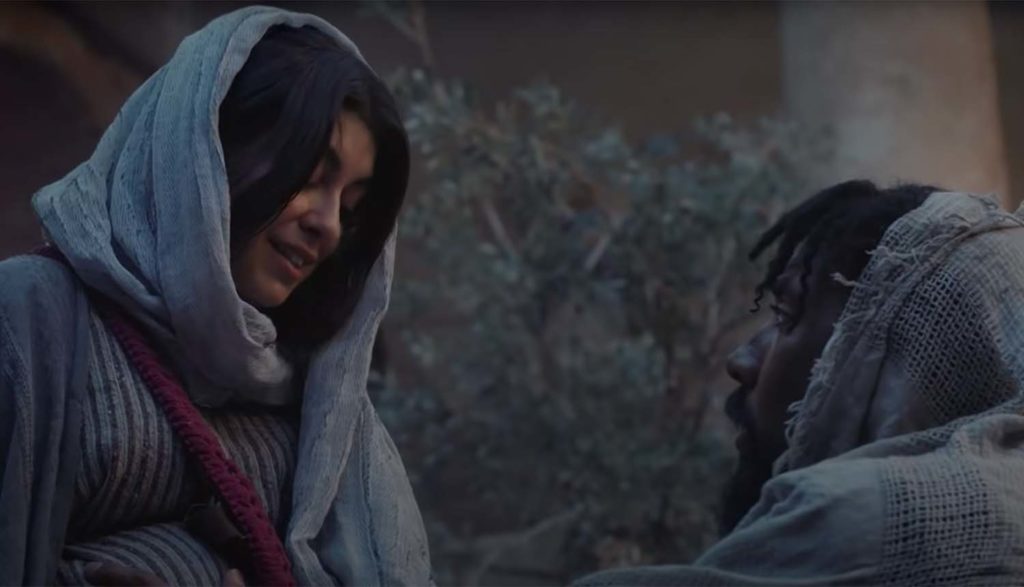 What would the birth of Jesus have been like?

Oh, we might think we know. After all, depictions of the Nativity—whether via classic art, ceramic figurine sets, inflatable lawn ornaments or in church Christmas pageants the world over—trumpet the blessed Babe’s arrival practically everywhere we look during the Christmas season.

But what must it really have been like to bring the Savior of the world into our world in a dirty stable?

This Christmas, the makers of the ongoing series The Chosen have taken their shot at showing us the most significant birth in human history. And just as director Dallas Jenkins and his crew have done in their depiction of the life of Christ over two seasons of The Chosen, this story of Jesus’ birth just might invite you to see Jesus’ arrival on Earth in a new—if gritty and grimy—light.

A Savior … A Song

Christmas With the Chosen: “The Messengers” arrives in theaters courtesy of Fathom Events for a limited run Dec. 1-11.

This feature-length film is split into two parts. One section features a new episode of the series focused on the birth of Christ (more on that momentarily). Another gives audiences classic and original Christmas songs performed—on the Utah set of the show—by artists who’ve been moved by the series, including Phil Wickham, For King & Country, Brandon Lake, Leanna Crawford and the One Voice Children’s Choir, among many others.

Between performances, we hear how The Chosen has influenced these artists. Brandon Lake says, “I see myself in these episodes. I see myself in the disciples. And I can’t help but just feel the love Jesus has for me, and how my story is just like theirs, and how I fall and He picks me up again and again, and [how] He continues to love me.”

Actors associated with the show also deliver four poignant monologues unpacking four different names of God: Adonai El-Roi (the God who sees me), Jehovah Shalom (the LORD is our peace), Jehovah Raah (the LORD is my shepherd) and Emmanuel (God with us).

All of that, of course, serves as a prelude to a new episode Dallas Jenkins hopes will help tide fans over until the arrival of Season 3 (likely sometime in 2022). The episode title, “The Messengers,” refers to the angels who visited Joseph and Mary separately. Both talk of how the word they received from God has given them courage and determination to walk an unexpected and hard path.

Much of the episode involves quiet conversation between Mary and Joseph as they make the trek to Bethlehem. Mary, riding a Donkey, wants to get down and walk. Joseph, ever protective of his betrothed, won’t hear of it. (At least, at first.)

Their conversation meanders from the mundane to the intimate to the profound as they reflect on the events that have led them to this moment in their lives together. “Thank you for protecting me,” Mary says at one point. “I should have said something months ago. No one would have blamed you for divorcing me publicly.” Then she adds, tenderly, “Joseph, you are a brave man. And you are godly. I should have said thank you.”

Moments like these—as well as the couple’s increasing sense of desperation when there’s no place to stay in Bethlehem—lend a quiet, human essence to a story we all know so well. And when the couple finally gets shuffled off to a lowly stable, we watch as sweaty, dirty, exhausted Joseph shovels manure out of the way (even as Mary’s water messily breaks) to make a “clean” spot for the Savior of the world to arrive—a world full of sweat, blood, dirt, poverty and oppression.

And as they talk, Jesus’ mother reveals that she has never told anyone her poem of joy, what we now call the Magnifcat. She invites Mary Magdalene to record it and to take the words to Luke, who is compiling his gospel.

This glimpse of Mary in her later years offers a satisfying narrative bookend to the episode, as we see her on the one hand having just given birth, and on the other looking back fondly on that moment decades later.

We also feel the ever-present threat of violence posed by Roman authorities, with whispered talk of the threat to the fledgling church. It’s reported that James and Nathaniel have been killed, though their deaths have only fanned the flame of the church’s growth.

This is no sanitized Nativity scene.

Indeed, in a moment of frustration when no rooms are available to the needy couple, Joseph spits, “Bull droppings!” as he storms off. Joseph shovels quite a few of those, too, before Jesus’ birth—a glory-drenched arrival in a stable full of filth.

Christmas With the Chosen: “The Messengers” is probably unlike most Christmas stories you’ve ever seen in the way it juxtaposes majesty and misery. But it might just prompt you to think about Jesus’ birth in some profound new ways.