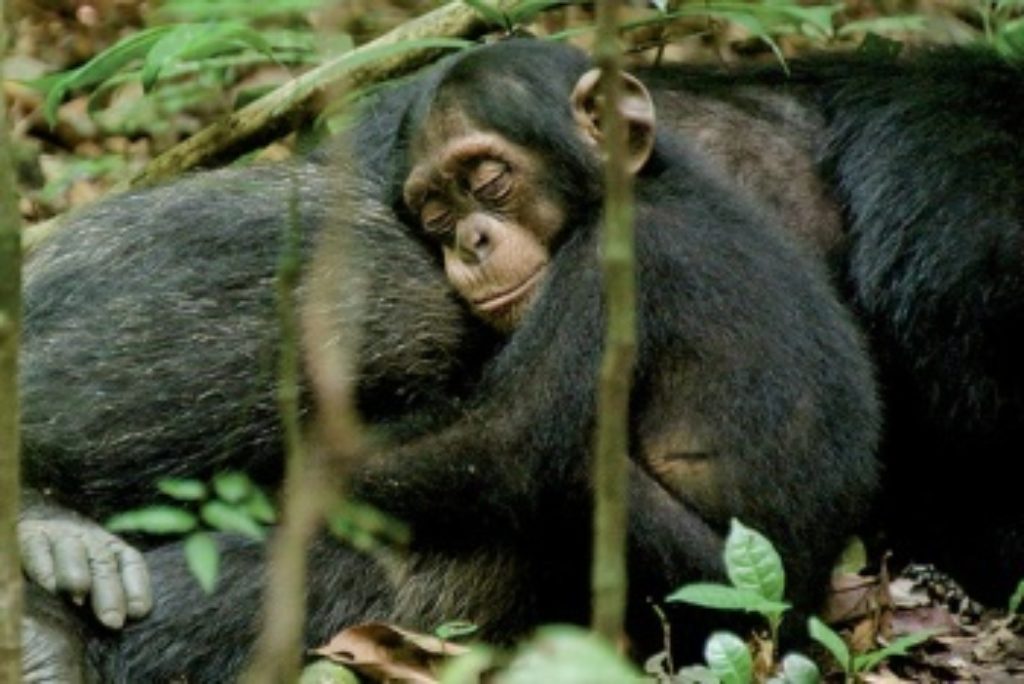 And you think you have it tough. Try being a chimp for a while.

Oh, the lifestyle may have its moments. Just ask Oscar. The African forest can be fun if you’re blessed with essentially four hands. The food is OK if you can catch it or crack it. And when Oscar’s wrapped inside his mother’s arms, there’s really nothing better.

But when Mom dies, he—and we—discover it really is a jungle out there. In the green beauty lurk snakes, leopards, rival chimps. Most cruel of all is the hunger, the gnawing waste that threatens every animal and claims many of them. Animals like Oscar.

It’ll take a miracle for the little guy to survive. And we watch as he gets exactly that. He’s “adopted,” not by another mom, but by the troupe’s alpha male, Freddy.

For the last few years, it’s become tradition for Disneynature to roll out a lush, family-friendly nature doc in time for Earth Day, and Chimpanzee is perhaps the most remarkable yet. Narrated by Tim Allen, the film earns its G rating honestly. These chimps are as clean as you can get ’em without using diapers. There’s no (animal or human) sex, no (human) nudity and no foul language in the movie itself. (There’s a short “filming of” segment during the credits in which one of the filmmakers blurts out God’s name as an exclamation when she encounters a snake.) Disneynature even took care to edit out nature’s harshest violence, knowing that few 7-year-olds want to watch the furry stars of the show get eaten.

That said, not everyone makes it through to the credits. While we don’t see what happens to Oscar’s mom, we do hear a chimp scream and a leopard growl off camera, And Allen informs us that Oscar’s mother will never come home again. There’s also a sort of chimpanzee war going on, pitting Freddy’s extended family against a rival group led by the film’s narrative villain, Scar. Chimps don’t just dine on nuts and fruit, it turns out. They sometimes hunt monkeys. Blood and death throes didn’t make the final cut, but the movie keeps no secrets about the fact that it’s a primate-eat-primate world out there.

While evolution is never mentioned, Chimpanzee is undergirded by a simple, stark truth from which that theory took root: Nature can be cruel. The strong survive; the weak do not.

Also flowing through it, though, is Oscar’s inspiring story. A story that, we’re told by the filmmakers, actually happened. Footage was pulled from a handful of locales, but the core of the narrative was a real-life “act of beauty.” And in it we see a shadow of grace as the “family’s” weakest member is saved from starvation by its strongest, a glimpse of how we might better act as human families, a projection of God’s glory in His beautiful creation.