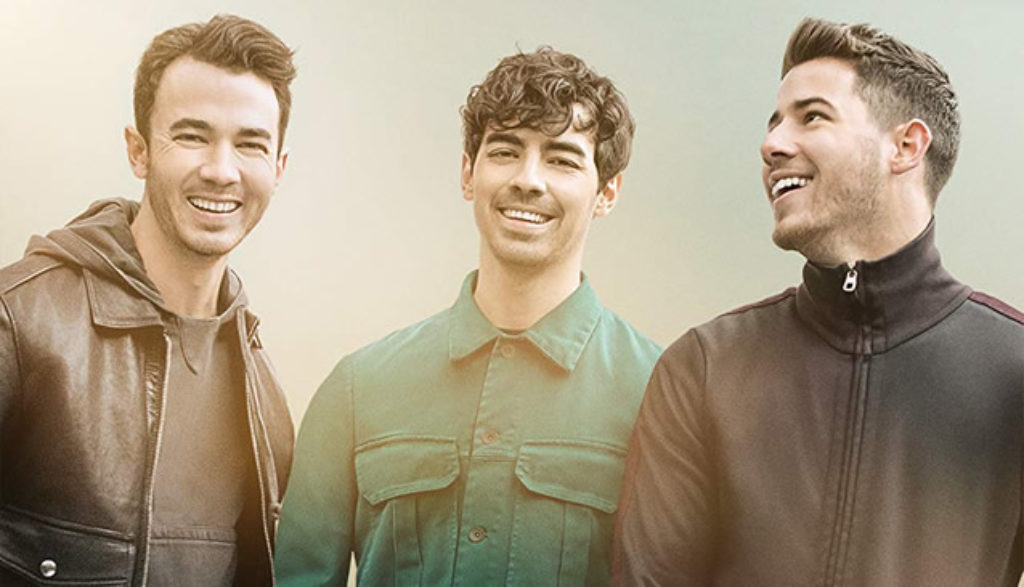 I have a confession: I’ve never really been a Jonas Brothers fan. Calm down, you die-hard followers. I was in high school by the time they really got big, and I preferred a completely different style of music. But their recent stuff? Well, it’s pretty good.

The reunited group’s new singles “Sucker” and “Cool” knocked fans (even hesitant ones) off their feet as the songs rocketed up the charts.

Obviously, fans haven’t forgotten the Jonas Brothers, even though it’s been six long years since the guys released any new music together. And it’s been an even longer break since the band declared its breakup. Which, by the way, was devastating for their cult following.

And that devastation paired with new music is why you’re reading this today. Drum roll, please.

The Jonas Brothers have just released a new documentary on Amazon Prime called Chasing Happiness. The entire 96-minute feature (which Amazon has rated for ages 16 and up) tells the story of how these talented siblings developed a love for music, came together as musicians and found an overwhelming amount of fame in a few short years.

It’s an honest, touching, occasionally profane glimpse into the backstory behind Kevin, Joe and Nick’s ups and downs in their pursuit of happiness.

Kevin, Joe and Nick Jonas (eldest to youngest) grew up in a quaint suburban town in New Jersey, less than an hour from New York City. They were raised by two loving parents: their mother, Denise, was a homemaker; their father, Kevin Sr., was a local pastor.

Both Kevin Sr. and Denise recognized Nick’s love for music, and his raw talent, at an early age. Soon, he was auditioning for Broadway musicals and anything that could showcase his abilities. But Nick wasn’t the only talented one. Eldest Kevin had a knack for acting, as he starred in various commercials. Meanwhile, Joe also loved to sing and play various instruments. Together they made a great team. They just didn’t know it yet.

One Christmas, Nick and his dad recorded a Christmas song together; once Sony got a hold of it, the rest was history. The label took these three brothers and gave them an opportunity to show the world what they could do, as long as it fit the label’s parameters.

For a few years, the Jonas Brothers were labeled as a punk-rock band. The only problem? They didn’t feel like a punk-rock band. The guys were touring around the clock to survive, and they couldn’t tell anyone they had signed onto a mainstream music label due to their father’s pastoral position.

Disney to the Rescue

As things with Sony started to go downhill, financial and health concerns began to pile up. But Disney offered the brothers a new deal just in time. Within two short years, Kevin, Joe and Nick went from struggling to survive to making a Disney Channel movie, appearing on morning talk shows, starring in their own sitcom and selling out arenas. It was every teen’s dream.

For a while, at least.

The brothers (now all in their mid-20s to early 30s) had their issues deeply bottled and hidden behind closed doors. A need for independence, coupled with jealously, betrayal, competition and creative differences, left the trio in a tough spot. And in 2013, the band called it quits. What followed, as the brothers openly recount here, was a long journey of healing and hope.

Finding New Footing
Saying goodbye to your dreams, while navigating familial issues can feel devastating. This documentary gives viewers a behind-the-scenes glimpse into the personal and emotional turmoil that Kevin, Joe and Nick suffered throughout this journey. But it also shows the brothers working toward a new normal as they step back into their united career, their passion for music and their love for one another.

Scenes show the brothers fondly remembering their childhood bond as they navigate inevitable hurt and work toward inner healing. Sometimes they swear (God’s name is misused, s-words are heard often, and a few f-words make their way into the verbal mix, too). Occasionally, they share a few drinks (and a cigar or two) and cozy up with their partners. And they even get honest about their love lives and their views on purity rings and relationships.

However, the majority of the film centers on their personal growth, their new found identities and their comeback as a band. They openly admit that happiness isn’t found in fame and fortune. Instead, they suggest that family is worth more than all the tours in the world. And they remind us that sometimes the things that are most important and satisfying have actually been right there in front of us all along.