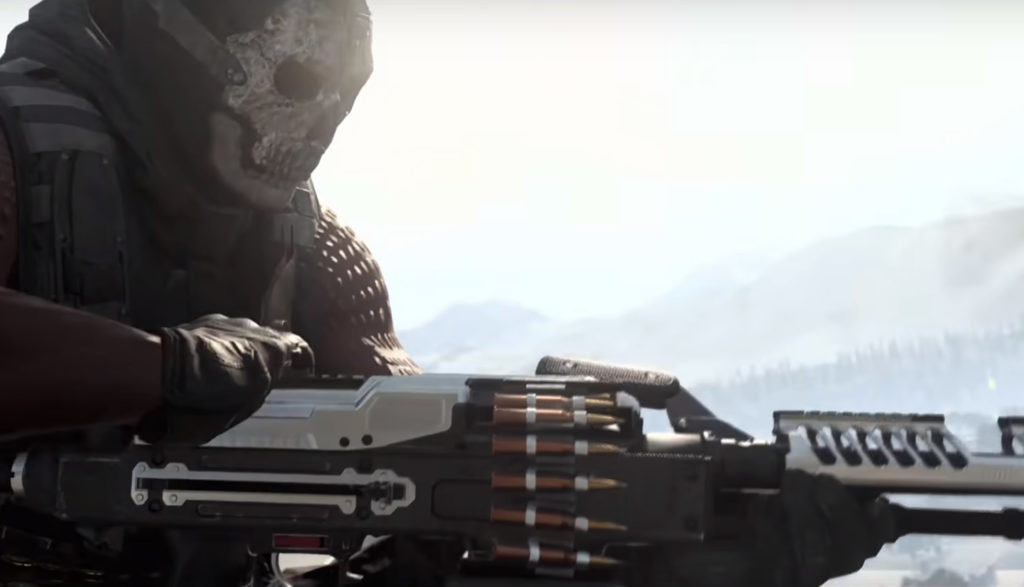 Battle royale games are certainly nothing new. And for some players, they’re the only game in town, with Fornite leading that charge in this increasingly popular genre over the last couple of years.

Now, you might figure you have a pretty clear bead on what to expect with this M-rated online shooter. But if you’re still wanting specific intel on the nuts and bolts of things—or just in case you’re still wondering whether your young tyke ought to be leaping into the well-publicized fray with the millions of others who dropped in for the game’s debut—let’s explore what Warzone brings to the table.

First things first, this online free-for-all is an expansion of Call of Duty: Modern Warfare. If you have that game, then certain in-game achievements can transfer between the titles. But you don’t have to have that game to play: Again, Warzone is technically free. Of course, parents ought to know that the gamemakers do include some sweet little enticements for young gamers to dress up their avatars with purchasable cosmetic plusses, and to progress faster by spending some real-world green on a Battle Pass.

Next up, we have the game’s basic mechanics. There are two modes available: the aforementioned Battle Royale and something called Plunder mode.

For those who don’t know what I mean by a battle royale game, it’s essentially a contest in which players drop into a huge map (up to 150 players in this case) and try to kill each other as the map steadily shrinks. The goal? To be the last man (or woman) standing. As far as teams are concerned here,players can enter the massively multiplayer manhunt as a solo soldier, as part of a duo, or with two squadmates.

The map here is huge. And that’s one of the plusses this game has up its camo sleeves that some other battle royale games don’t. Your terrain is ridiculously large and probably the most detailed and custom-designed cityscape ever. Every door you kick down looking for loot, or window you smash through seeking out ammo, seems to lead to a room or alleyway you haven’t seen before.

Another prominent new twist on the battle royale formula is what happens after you’re eliminated from play. Instead of just saying hasta la vista, you’re sent to a Gulag where you queue up for a bare-knuckle, grab-a-rock-or-weapon, one-on-one fight for the right to respawn back into the big scuffle outside.

But that’s not your only path to staying in the game. You can also purchase an in-game, self-revive kit from one of the many scattered buy stations around the map. And you can do it using currency you earn during the match. Those kits will heal you fully once you’re downed by an enemy but not yet giving up the ghost. And your squadmates can hit those same stations and purchase a redeployment bonus that’ll drag you back into the fight even if you go down in your Gulag match.

So, as you can already sense, Warzone is all about second chances and keeping as many characters on the map and in the hunt for as long as possible. For some (read: those who tend to get shot a lot) that can feel like a bonus, giving you more time to pull your trigger. For others (read: those who just wanna win) those reappearing enemies can sometimes make things feel more frustrating.

So what about Plunder mode? It’s a version of battle royale that sends you and your team out to gather as much in-game cash as possible, rather than simply surviving an onslaught of gun fire. Oh, you’re still being shot at, but when you die you respawn, rather than head to the Gulag. And there’s no shrinking circle of play. The game waves the checkered flag when a team collects and holds $1 million.

Of course, for parents still wondering if Call of Duty: Warzone should take cover in their family room, a big question will be about the game’s content. So let’s get to that.

This is a Call of Duty game, and the gamemakers at Activision know buttery smooth gunplay and digital killing as well as anyone. Accordingly, the pace is incredibly frenetic. It may be a huge map, but once you get to the ground (or if you get to the ground) there are scores of people shooting at you from every direction.

And unlike Fortnite, which is on the cartoony side of things, the carnage here is bloodier and much more realistic. Language isn’t as constant as the combat. But players will hear an occasional in-game s-word (as well as occasional milder profanities). And, of course, if a gamer is connected to other online players, the verbal volleys can be more, uh, heated.

All of that said, players (and parents) have control over some of those concerns You can play without head phones and just use the game’s ping system to cryptically communicate with other players. And you can dig into the menus and turn off the blood and guts. But Warzone’s intense deadliness, combined with the inherently massive time-suck nature of battle royale games, are simply unavoidable problems that any gamer—young or old—will face.