Cinderella Belle of the Ball 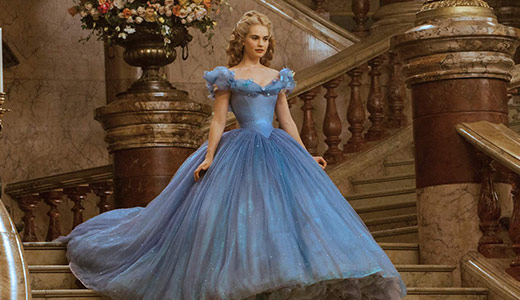 Forget the crown. Shelve the trophy or title belt. This weekend’s box office championship came with a dainty glass slipper.

Not even a growling, gun-toting Liam Neeson could keep Cinderella locked in her attic this weekend. Disney’s fair maid waltzed to an estimated $70.1 million and sashayed to the tippy-tip-top of the box office, and audiences had eyes for no one else.

Just how dominant was our well-dressed, mouse-loving heroine? Add up the weekend takes from every other movie out in standard theaters, from Oscar hits like American Sniper to Still Alice to something called Citizenfour (playing at 12 theaters), all 46 movies combined wouldn’t have surpassed Cinderella’s total. And given the rave reviews Cinderella’s gotten so far (including one from Plugged In’s very own Adam Holz), the clock still has some gongs left before midnight.

Ironically, Neeson’s Run All Night turned in early, pocketing just $11 million over the weekend to finish second. Perhaps it was a victim of the season’s over-saturation of R-rated actioners. In fact, the rest of the Top Five was packed with flicks that relish a bit of gunplay.

After sinking to fourth last week, Kingsman: The Secret Service clawed its way back up to third with $6.2 million, adjusting its poisonous cufflinks on the way up. Focus, the latest Will Smith caper, finished in a dead heat with last week’s No. 1 movie, Chappie, for fourth place. Both are estimated to have earned just around $5.8 million, and we’ll need to wait for final figures to come out before we know which wound up on top. Not that it matters much. This week was all about the Disney princess.

But the girl will have some company at the dance next week. Tris, heroine from The Divergent Series, will make her grand entrance and try to create an insurgency of her own.