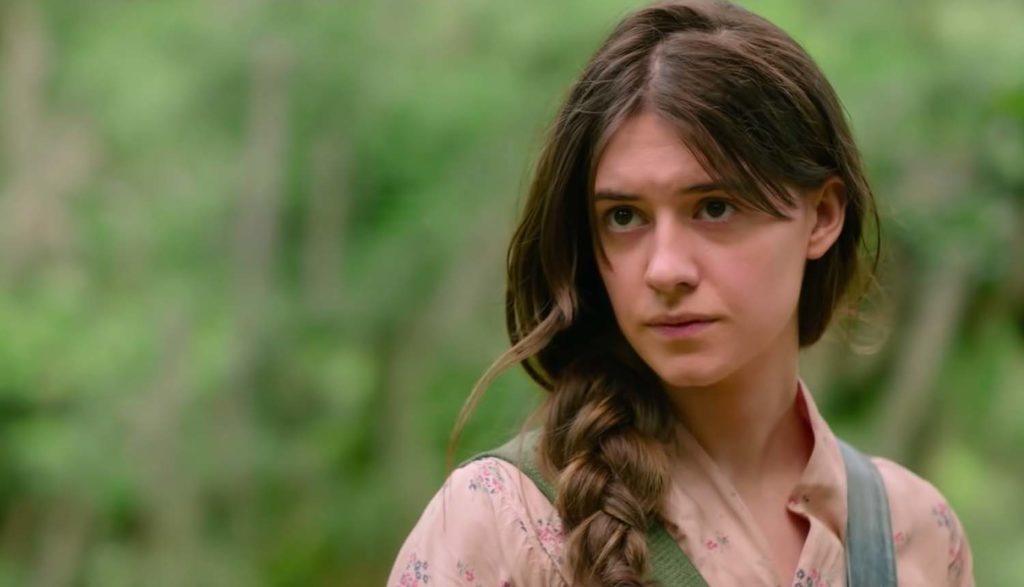 She was born and raised in a swamp.

’Course, it’s the “raised” part that’s debatable. Kya Clark’s Pa was a man of heavy-drinking, heavy-fisted ways. Because of that, Ma and Kya’s siblings all left—one-by-one, in cuts and bruises—when she was but a little thing. And her Pa up and left not many years after.

So, at about the age of 8, Kya was called upon to raise herself in that little shack deep in the marsh where the crawdads sing. And being alone was a feeling so vast, it echoed. But she learned how to find things in the marsh to eat. And she dug up swampy mussels to trade at a nearby store for grits and gas and other necessities.

The store’s owners, Jumpin’ and Mable, looked out for her, best they could. They even gave her help in going to the local school to learn reading and writing. But it didn’t stick. The town kids called her Swamp Rat and Marsh Girl, and meanness drove her back to her familiar marshy world.

But there was always that longing, that desire to connect. And as Kya grew older (and prettier) some would turn their eyes in her direction without harsh words. A kind young man named Tate took the time to talk, and to teach her to read. And a popular, but not-as-kind towner named Chase Andrews taught her … other things.

Years later, though, when Chase was found dead in the swamp, many eyes turned in Kya’s direction. The town was certain who the responsible party was: the Marsh Girl!

How couldn’t it be? After all, Kya Clark was just some nasty young woman born in a swamp.

In spite of all the hardships that little Kya endures, she actually grows to become an educated, kind-hearted young woman. Much of that growth comes through her own effort and desire to better herself. But a lot can be attributed to the people who were kind and giving to her—including Jumpin’, Mabel and Tate.

Tate, in particular, helps Kya out. He offers her his friendship and brings her books so that she can learn to read and learn about the marsh around her. Eventually, she uses the knowledge she’s acquired to catalog and draw the various plants and insects that populate her marsh.

After Jumpin’ implores young Kya to be careful around townspeople, his wife, Mabel, pushes back with a quote from the book of Mathew: “Don’t say that in the Bible. ‘Do unto the least of these, you have done it unto me.’ Don’t say nothin’ about ‘Be careful.’”

Kya’s first sexual interactions happen with Tate as their friendship blossoms into attraction. We see them hugging and kissing on a number of occasions. And that eventually leads to something more serious. Clothes are removed. A passionate make-out session ensues. We see some caressing, and the camera stays close. Bare backs and shoulders are visible; other areas are strategically covered. Before going too far, however, Tate backs off since he knows he’ll be going away to college soon. “I care about you too much,” he tells her. Elsewhere, he demonstrates that he doesn’t want to take advantage of her.

Much later we see them together again. There’s embracing, kissing and scattered clothes; and it’s implied they have sex. He asks her to marry him while they’re in bed together. She replies, “Aren’t we already?”

Kya’s sexual interactions with Chase are less romantic and respectful. He’s called a Tom Cat by someone because of how he chases and plays with town girls. And that’s reflected in his relationship with Kya. Chase is often aggressive, and he pushes Kya into situations she’s obviously uncomfortable with. There’s kissing and fondling (outside her clothes). They eventually have sex in bed (and it’s implied that it’s uncomfortable for her). He’s shown shirtless, while she’s still clothed from the waist up—though undergarments are obviously removed.

Later, it’s implied that they have an ongoing sex life—and he promises marriage—even though by now he’s also gotten married to another woman from town.

Kya’s dad is an angry drunk. We see him slap 6-year-old Kya so hard she flies off a small pier into the water. He also punches his wife in the face, and she collapses to the ground. Later we see Ma with a swollen face as she slips away from the house to run from him. We see the various siblings with bruises and cut lips before they run away.

Kya soon learns to placate Pa’s mood and stay out of sight as often as possible. He gives her an angry, but grudging, respect for those kinds of choices. But then he leaves as well.

Later, Chase ends up being something of a mirror image of Kya’s dad. He drinks and he gets violent when Kya refuses his advances. At one point he backhands her, punches her in the face and moves to rape her. But she’s older now and defends herself: She hits him back, kicking him and throwing rocks at him before getting away. We see her later with a cut and dark bruise on her face.

Chase and Tate engage in a scuffle in town. The two men punch and slap each other before being pulled apart.

Boys find a dead body in the swamp and the camera eyes the crumpled form. It’s determined he fell forty feet from a nearby fire tower.

We hear that Kya’s mother died from leukemia. An angry man smashes and tears his way through Kya’s small cabin.

We see young Kya’s dad buy Jim Beam at the local store. He drinks it and passes out. And it’s implied that alcohol spurs other rages, too. We also see Chase and friends drink beer.

We occasionally witness Southern racial attitudes of the 1950s and ’60s on display. A local government official talks down to Jumpin’, for instance, calling him a “boy.”

The fact is, both Tate and Chase treat Kya pretty badly. They both turn away from her because of pressure from family and friends to “avoid the Marsh Girl.” (Tate later apologizes for his thoughtless actions.)

Where the Crawdads Sing is a story and a movie of contrasts.

It’s part murder tale and court case, and equal part romance. It tells of a young woman who has become strong and self-sufficient in the face of loneliness and physical abuse. And it’s lovely—thanks in great part to the gentle character portrayal by lead Daisy Edgar-Jones—while at the same time containing sexuality and violence that many will find extremely uncomfortable.

In that sense this film about a young woman who thrives in her love of nature and her longing for connection is much like a wetland flower with soft, fragrant petals atop thorns you cannot help but feel.