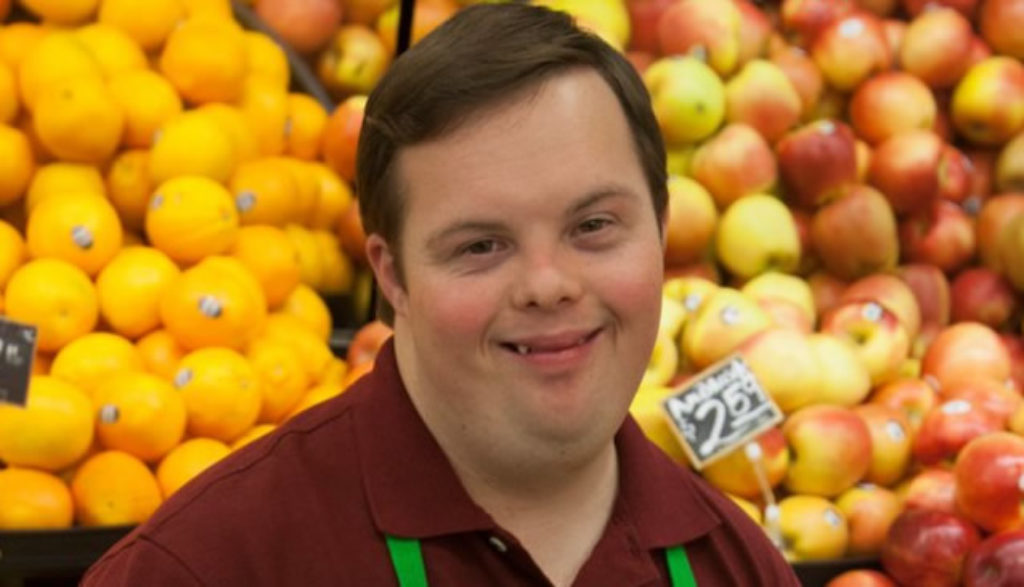 Every warning light on the dashboard of Calvin Campbell’s aging Saab is blinking. But the pro baseball player turned unemployed alcoholic isn’t paying attention. Not only does he not notice the literal warning lights as he careens down the road, his drinking problem means he’s missing the figurative warning lights in his life, too.

His 17-year-old daughter, Katie, for instance, begs to spend time with him. But he’s more comfortable hanging out with his bottle, a habit that’s propelled his girl into the clutches of a conniving cad named Colt.

Calvin knows that boy’s bad news. In his daughter’s mind, however, Dad is worse news. “You’re a pathetic little man who lives a pathetic little life,” she tells him after picking him up drunk from the police station one night. She has no interest in his slurred apology, and she scorches him with this bitter shot: “I just want to make sure you know I’ve given up on you.”

Calvin’s perilously close to giving up on himself, too, of course. But then something unexpected happens: He meets Produce.

Produce is an employee at the local ValuMart. An employee who happens to have Down syndrome. We never learn his real name, but we certainly learn how he got his supermarket moniker: Produce knows produce. Every SKU number. Every detail about fresh products. “A tomato is a fruit,” Produce corrects Calvin one day after the older man accidentally steps on one and apologizes for smashing what he thinks is a vegetable.

And at the end of that encounter, Produce hugs Calvin, saying, “Have a magnificent day.”

It’s been a long time since Calvin Campbell’s had a magnificent day. Hugs have been in equally short supply. But as his unlikely friendship with Produce deepens each time he goes to the store to buy booze—which is every day—it prompts Calvin to ponder the possibility of something other than the drunken, disappointing and dysfunctional life he’s drifted into.

Naturally, Calvin’s got to hit bottom before he pays any real attention to those flashing warning lights—and there’s a lot of drama on the way down before he takes his first redemptive steps back up.

Calvin is a drunk who’s torpedoed his relationship with his daughter. He loves Katie. But in his perpetually inebriated state, he can’t give her the love that she longs for—even if at some foggy level he wants to. There are valuable lessons in all of that. And there’s much more where that came from.

Enter Produce, a young man whose smile, hugs and optimism pierce Calvin’s jaded heart. As their friendship develops, Calvin reciprocates, spending time with Produce teaching him how to hit a baseball, among other things. When people label Produce a “retard,” Calvin defends him. He even goes so far as to try to help Produce win Employee of the Month at ValuMart.

Produce demonstrates kindness, love and wisdom to both Calvin and Katie. He confiscates Calvin’s keys when the man’s intoxicated … returning them the next morning. He brings Katie flowers. He reports Colt (another ValuMart employee) when he witnesses the teen stealing liquor. He assertively defends Katie’s honor when Colt assaults her.

As for Calvin’s complicated relationship with Katie, it begins to improve as he finally starts to move away from the bottle. Playing a secondary role in that turnaround is a woman named Amy, who’s a fellow alcoholic. She helps Calvin tell the truth about his addiction.

Also fraught but intermittently positive is Calvin’s relationship with his friend, Milt, another drinker. Milt’s got big problems of his own. But in their own way, Calvin and Milt try to help each other, offering apologies and encouragement (when they’re not undermining and enabling).

In the opening scene, Produce picks up his ValuMart apron and his Bible. And throughout the film, we catch glimpses of how his faith is the foundation for his hope.

The young man alludes to Proverbs 17:22, telling Calvin, “Maybe you just need to smile. A cheerful heart is good medicine.” Calvin responds, “Where’d you get that? A bumper sticker?” Slowly, even Calvin sees that it’s Produce’s faith that support his upbeat attitude.

Produce invites Calvin to church. Though the old baseballer resists at first, eventually he and Katie go. It turns out Amy is there, too. At church, we hear Produce (who’s in the choir) sing a hymn. And near the end of the film, his faith motivates him to give his Bible to someone who’s been hurt. (We then hear a bit from Matthew 11.)

After a tragic accident, Katie sees her dad praying and then prays herself. Later they have a conversation about prayer in which Katie asks, “What good is it to pray if you don’t get what you ask for?” Calvin responds, “OK—growing up, did I get you everything you asked for?” “Of course not,” Katie says. “No. but I love you so much, and I want you to have everything that you want. But sometimes it’s not in your best interest.” He goes on to conclude, “I’m saying God is probably not a genie just granting every wish.”

At the Alcoholics Anonymous meeting Calvin attends, Amy says they’ll focus on “Step 3: the decision to turn our will and lives over to the care of God as we understand Him.”

Milt fears his wife is cheating on him. But most of the sexual stuff here revolves around Katie and Colt. Calvin, of course, doesn’t think much of Colt. He awkwardly tries to confront his daughter about a late night out with the guy, saying, “He’s too old for you. And I know what old kids want. I know what they’re after. Are you guys having … are you having sex?”

Katie’s dumbstruck: “Really? Really, dad? Really? You are such a freaking hypocrite. I can have all the sex I want. You were obviously doing it in high school!”

Dad’s well-intentioned response makes things worse: “Exactly. And I don’t want you to make the same mistakes I was making.”

“So I’m a mistake?” Katie blasts back.

Despite Katie’s in-your-face attitude, she isn’t having sex with Cole, though he’s trying to manipulate her into exactly that. While making out, he tries to unbutton her pants; she stops him. He then tries to ply her with alcohol and “sweet talk” her into it. His pressure results in Katie confessing that she’s a virgin, and she says, “I just want it to be special for my first time.” Colt’s angry because she’d previously said she was experienced. “I lied,” Katie says. “I just wanted you to like me, so I said it.” Later, while parking with her, he tries to bully her into having sex in his Jeep: “If you loved me, we’d be in the back seat right now and I’d be hitting it.” She again resists.

He ultimately tries to rape her in a laser tag arena while two of his friends “stand guard.” He’s intent on sexually …

… assaulting her (as she tries to fight him off) when Produce clocks him on the head with a fire extinguisher, knocking him out.

Elsewhere, a drunk driver swerves into a pedestrian, causing a terrible accident. We see both the pedestrian and the driver being worked on in the hospital by doctors and nurses in scenes that include a lot of blood. (One of the accident victims doesn’t make it.) In full bully mode, Colt makes Produce fall off his bike.

Katie calls Colt a “pr–k” twice as he tries to pressure her into sex. Someone uses the s-word abbreviation “BS,” and we hear “freaking,” along with one use each of “d–n” and “h—.”

Two people call Produce a “retard.” Calvin rebukes them both, saying to one African-American, “Alright, you know what? We don’t use the r-word just like we don’t use the n-word, you know?”

Calvin drinks hard liquor throughout. He also repeatedly drinks beer with Milt. Both men get behind the wheel while intoxicated, leading to reckless driving and in one case a tragic accident. When Calvin gets pulled over while driving drunk, Produce climbs behind the wheel to keep Calvin out of jail. But Produce also takes the guy’s keys away from him on another occasion.

Calvin is often drunk enough that he staggers. And in one painful scene, he goes out to his old high school baseball field and drinks from a bottle in a rainstorm while attempting to hit balls. (We hear that police found him passed out in the dugout.)

Calvin eventually begins to get a grip on his drinking and admits he’s an alcoholic—digging out the liquor Katie had thrown in the trash but then dumping it out and smashing the bottles.

Calvin unleashes a meanspirited tirade against Produce at one point. (He later apologizes.) Produce’s manager at ValuMart meanly jokes, “Produce ain’t got the sense God gave a cucumber.” Though Katie’s frustrated responses to her father are understandable, she’s still in a very rebellious place and refuses to listen to or obey him early on.

As this sometimes-gritty-but-always-inspirational film’s title implies, Where Hope Grows is a story of redemption.

Grappling first with the grit, moviegoers need to know that we get an unblinking view of the damage one man’s alcoholism causes before he begins to turn the corner. Calvin Campbell is, simply put, a mess of a man with no greater purpose each day than locating the bottle as quickly as possible to medicate his shame. Katie’s done with her dad’s failures, and lets him know that in no uncertain terms. But her own pain makes her vulnerable to Colt’s greedy, selfish and ultimately violent advances. Onscreen, we witness an attempted rape and other very uncomfortable encounters.

As for the inspiration, Where Hope Grows gives us a touching portrait of how influence works. Specifically, how the tender faith and affection of a young man with Down syndrome break through the despair of our broken-down protagonist. The film poignantly illustrates the power of a hug, of a kind word, of determination to be optimistic amid life’s hardships.

Though the movie gets increasingly melodramatic as it swerves toward its emotional conclusion, much of the story before its jarring finale is more mundane, involving successive conversations between Produce and Calvin at a supermarket. It’s the stuff of everyday life used to demonstrate how one person’s good-heartedness, right in the middle of all that normalcy, can produce a hugely transformative influence.

A postscript: Hoping to drive home one of its points about the power of verbal interactions, the movie prompts viewers (during the credits) to take the r-word.org pledge to “create communities of inclusion for people with intellectual disabilities” by avoiding the use of that slur.