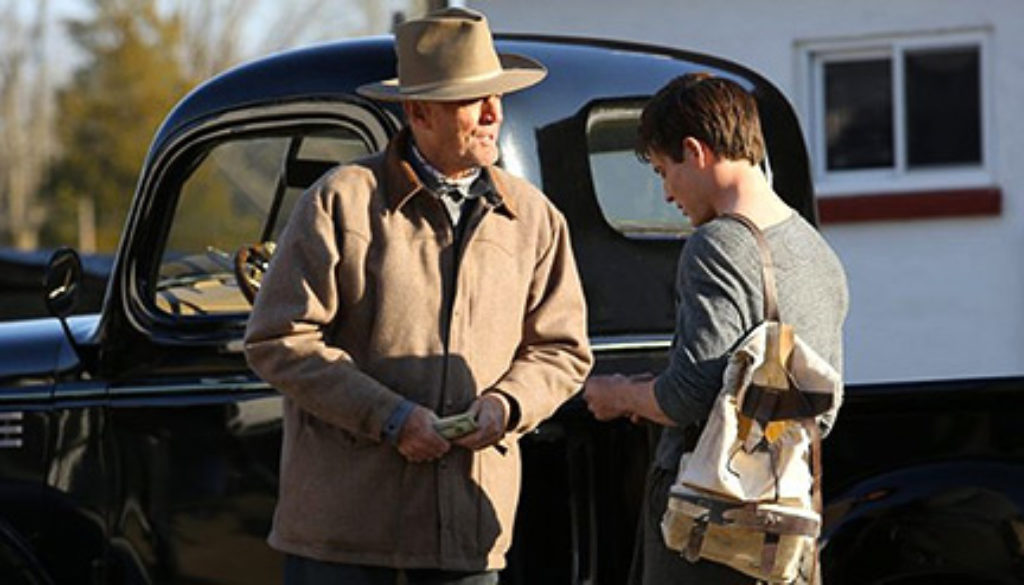 In 2007, The Ultimate Gift introduced us to Red Stevens, a deceased Texas oilman whose last wish was to bequeath his multibillion-dollar trust fund to an heir who wouldn’t squander it—someone who would prove a worthy, noble steward of that massive inheritance. The ultimate recipient? His grandson, Jason Stevens, who first has to pass a series of character tests administrated by his grandfather’s lifelong friend and lawyer, Ted Hamilton. While on that journey out of self-absorption, Jason falls in love with Alexia Drummond, whose beautiful daughter, Emily, is dying of cancer.

The Ultimate Life picks up three years later. Jason and Alexia’s love has deepened following Emily’s tragic death. Alexia wants to believe things are moving toward marriage. And they are … if Jason can ever find the time to actually propose to her amid his never-ending responsibilities running the Stevens Foundation. What Jason doesn’t know is that absent such a proposal, Alexia has increasingly felt convicted to put her nursing skills to work … in Haiti.

Jason does get around to at least trying to pop the question, but at the very moment of emotional impact, he’s served legal notice that his role as the head of the Stevens Foundation is being challenged by one of Red’s sons, Billy, whom the old oilman didn’t deem a fit heir. Cue more melodrama … and cue Alexia’s exit to Haiti.

Stunned by Alexia’s departure, Jason turns to Hamilton. The aging lawyer suggests that perhaps a clue about how to respond could be found in his grandfather’s journal. So Jason plunges into the dramatic backstory of Red Stevens, starting when he was just a poor 15-year-old in Baton Rouge, La., in 1941.

From the start, Red was determined not to let his father’s impoverished fate become his own. Inspired by an article about philanthropist Andrew Carnegie, Red vows to become a billionaire. His journal relates, decade by decade, how he achieved his dream … as well as his realization of the toll such a compulsive ambition takes on his wife, Hanna, and their four children.

When tragedy jolts Red into seeing he’s spent too many years investing in the wrong legacy, it proves to be a lesson Jason needs to hear too if he’s hopes to win Alexia’s heart back once more.

It’s well-intended workaholism that drives a wedge in between Jason and Alexia. And it’s through reading Red’s cautionary tale (which dives into the perils of such overwork) that Jason rectifies his mistake. “Forgive me for not putting you first in my life,” Jason tells her. “I can’t promise to be perfect, but I promise I’ll try as hard as I can. … Life’s greatest fortunes are the ones closest to you. You’re my fortune, Alexia. … I’ll never stop trying to be the man that you deserve and need.”

As for Red, we see him work hard to help make money for his family in the Depression, and he shows a great deal of grit and determination to better his prospects as he grows older. And while he does succumb to the temptations of greed, he shows us that he’s not a bit prejudiced (as are so many of his peers), hiring Hamilton (a black man) as his lawyer in the midst of the racial divided 1950s.

[Spoiler Warning] Red’s big turning point comes when Hamilton is involved in a car accident. As his friend hovers near death, Red volunteers to donate a kidney to save him. It’s a sacrificial, other-centered gift that begins the process of reversing Red’s self-centered trajectory.

As Red reflects on decades of failed focus, he says, “I had all the money in the world, and I traded everything that was important for it. My kids are a mess. My wife thinks I’m lost.” Hamilton replies, “You see, money has been your dream, but your legacy is your family. Your fortune is your wife, your kids and all the little Stevens who might come along. You’ve still got time, Red.”

Red changes his ways and apologizes to his children for having neglected them. He tells them that from now on, he and Hanna are going to live differently, that they’re going to “stop living for themselves and do some good.”

Eventually Jason grasps that inherently biblical concept too, vowing, like his grandfather, to live for the relationships that matter most, not for success or fortune. And it turns out, of course, that Alexia is way ahead of Jason, having traded her nursing job in the U.S. for the chance to serve the poor in Haiti.

A hobo who helps Red as a teen talks to him about the importance of expressing gratitude to God. He tells Red, “Every day, rain or shine, I make a list of 10 things I’m thankful to God for.” When Red balks that he doesn’t have much for which to be grateful, the man responds, “You got to be grateful for the little things, otherwise you’ll never be grateful for nothin’.” Jason later begins telling Alexia the 10 things he’s most grateful to God for. At Christmas, as Red is in a hotel room alone working on a big oil deal, we hear part of the song “Angels We Have Heard on High.”

Several times, Red offers variations on this vow: “Someday, I swear to heaven I’m going to be a billionaire.” Someone else says, “There’s more oil in Texas than God knows what to do with.”

Kissing, mainly, and most of it linked to matrimony. Alexia and Jason share a couple of intense lip-locks, one of which is shared at the altar. Red and Hanna (as teens) are shown kissing too—right before Red tells Hanna he intends to marry her. At a swing dance in the ’40s, we briefly see two smooching teens.

During World War II, Red is knocked down and wounded by a mortar. We see blood on his chest and watch as Gus tries to patch him up. A hobo trying to climb into an empty train car is caught and hit several times by railroad workers. Later, Red and a different hobo jump out of a moving train car. We hear that Hamilton has been in a terrible car accident.

Jason and Alexia have champagne with a special meal. There’s talk of a teen sneaking smokes.

Young Red’s decision to hitch a ride in an empty train car, hobo-style, was (and is) illegal. And he lies about his age to get into the Army. Gus repeatedly compares Red to “toe fungus,” complaining, “Every time I get rid of you, you show up again.”

Red leaving his family at the age of 15 is depicted as nobly sacrificial—but it’s certainly not an example that should be literally imitated by similarly ambitious (modern) teens or those with similarly difficult family situations.

Director Michael Landon Jr. (whose famous father was, of course, the kind-but-stalwart patriarch of Little House on the Prairie) has admirably crafted a film the whole family can both enjoy and talk about together, as everyone in said family is urged to focus first on that family and their cherished relationships. Just as The Ulimate Gift did, this second Ultimate offering—which is both a sequel and a prequel loosely based on the book by Jim Stovall—poignantly reminds us that our family and our relational legacy are of far greater worth than any worldly goal we might strive to achieve.

Red learns that lesson the hard way, becoming desensitized to life’s blessings in his dogged pursuit of big bucks. When he finally achieves that dream, a conversation with Hamilton provides a telling moment of clarity. The lawyer asks Red how it feels to finally have reached his goal: “Not a stitch different,” Red replies.

Jason isn’t as naturally driven by ambition as his grandfather was. Nevertheless, just being a good steward of the fortune left to him has become all-consuming. Like Red, then, we watch as Jason has his wake-up call regarding the reality that there’s more to life than just work—even if the work you’re doing is truly important.