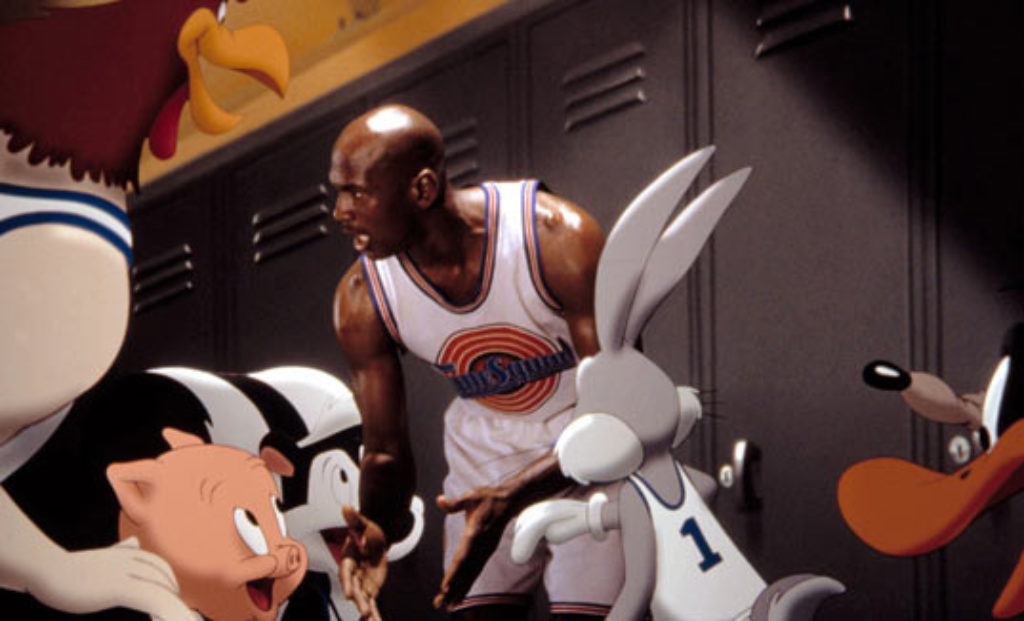 Space Jam stands awkwardly on the shoulders of Bugs Bunny’s 56-year reputation. The film combines live action and animation as the Looney Tunes recruit Michael Jordan to help them win an intergalactic basketball game. While not deeply offensive, this PG-rated feature takes the franchise in a direction most long-time fans of Tweety, Daffy and Taz wouldn’t expect … or appreciate.

Warner Bros. has always drawn fire from critics opposed to the comical shootings, explosions and falling anvils used by Wile E. Coyote and company to generate laughs. There’s more of the same in Space Jam. But the greater disappointment with this movie lies in off-color remarks, mild profanity and a “sexy” new female bunny that make Space Jam less innocent than the cartoons that inspired it.

Space Jam is full of familiar characters that earned our trust and affection decades ago. Now we all have to decide if they’re still worth introducing to our children.