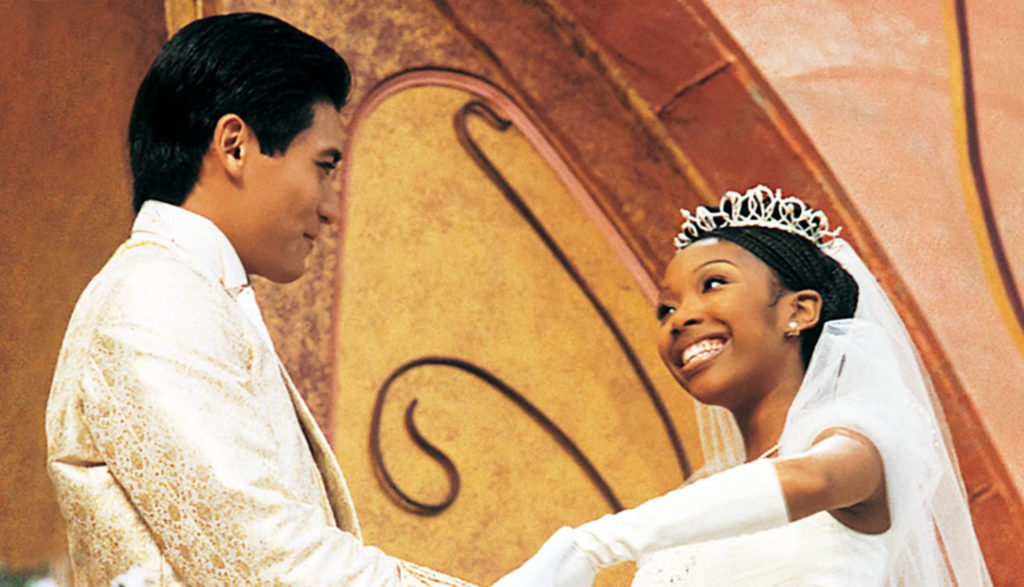 When young Ella meets a roughly dressed nobody in town one day, her thoughts can’t help but stray to romance. This charming guy is kind and handsome, and he treats her so well that it almost takes her breathe away.

She also can’t help but tell him her name is CinderElla. She’s gotten so used to that ugly name, which her stepmother and stepsisters gave her, that she automatically calls herself that, too.

She promised her father before his death that she would keep their family ties. Of course, if her father were still alive, he’d see that she is more servant to her stepfamily than anything close to a beloved family member.

Oh, if only she could be free of her stepmother’s control. Then she might even go to the upcoming royal ball. Who knows, she might spot that handsome stranger at the ball. But alas, something magical like that … could never happen to her.

Magical things do happen sometimes, though. A handsome prince might disguise himself as a poorly dressed nobody, for instance. And a fairy godmother might just show up to grant deeply held wishes.

This version of the classic Cinderella tale still holds to the fall-in-love-at-first-sight and glass-slipper aspects of the well-known fairy tale. But it also suggests that young women can and should reach for dreams beyond their perceived limitations. In fact, it states that the expectations limiting pauper and prince can be exceeded.

On the other hand, Cinderella considers her past promises to her father as something well worth valuing. And Prince Christopher embraces his parents in love, even though he’s been at odds with some of their decisions. The musical also lauds treating others with “kindness and respect.”

A Fairy Godmother grants wishes through the use of magic, of course. Cinderella is given a magical gown and a carriage made out of a pumpkin. That godmother does, however, oddly call wishes and magic “poppycock and twaddle.”

Cinderella and Prince Christopher kiss on a couple occasions, the last one being their wedding day. We also see a random couple kissing in the street. The prince stands with his shirt open and his chest bare at one point.

Cinderella’s stepmother hides a key in her bosom and then pulls it out and hands it to someone, who then promptly wipes it down with a handkerchief.

Cinderella’s stepmother attempts to make her two daughters as appealing as possible—cinching one of them into a tight corset. She also makes it clear to the girls that they should forget about a foolish concept like “love” and focus on marriage. “We hide our flaws ’til after the wedding!” she snorts.

Cinderella’s stepmother calls someone an “imbecile” and snorts out “God!” under her breath at one point.

During one production number, the royal secretary, Lionel, catches a bottle of champagne and swigs from it.

Cinderella’s stepmother treats her poorly and belittles her, demanding her servitude and calling her “common.” Because of the racial diversity of the cast (including a white stepmother and a Black stepdaughter) this demanded subservience could easily feel uncomfortable for some viewers.

This 1997 version of Rodgers and Hammerstein’s Cinderella—the third TV adaptation of this musical that the famed composers originally created for Julie Andrews back in 1957—has been praised by critics as a groundbreaking production. Not only was it one of the most-watched television musicals Disney ever created, with some 60 million TV viewers tuning in back then, it was also the first classic fairytale musical presented with a truly diverse, multi-ethnic cast.

Viewed through our 2021 contemporary lens, however, it struggles a bit. The filmed stage production is presented in an older 4:3 TV aspect ratio, its picture is far from high-def, and the CGI effects are considerably less grand than we’re used to.

But those aesthetic caveats aside, this Cinderella is still a lovely addition to the Disney+ ballroom dance card. Star Brandy Norwood, who was an up-and-coming singer/actress in the ’90s, is sweet and ethereal. The show’s live-action staging and choreography are both enjoyably presented—giving some town scenes a Beauty and the Beast-like dancing bounce. And, of course, Rodgers and Hammerstein’s music here—which includes numbers from the original tele-musical and songs incorporated specifically for this version—is simply delightful. (The richly voiced Paolo Montalban, in particular, makes many of those tunes soar.)

On top of that, we see encouragement for young viewers that parents can appreciate. Beyond your typical Disney pronouncement that “wishes do come true,” this fairy tale prompts youngsters to treat people with kindness and respect, and it encourages them to do more than just sit around and wish for things.

Rodgers and Hammerstein’s Cinderella may not have the astounding sparkle and gown-swirling grace of some of Disney’s latest live-action fare, but it still packs in plenty of appealing charm and magic for your next family movie night gathering.