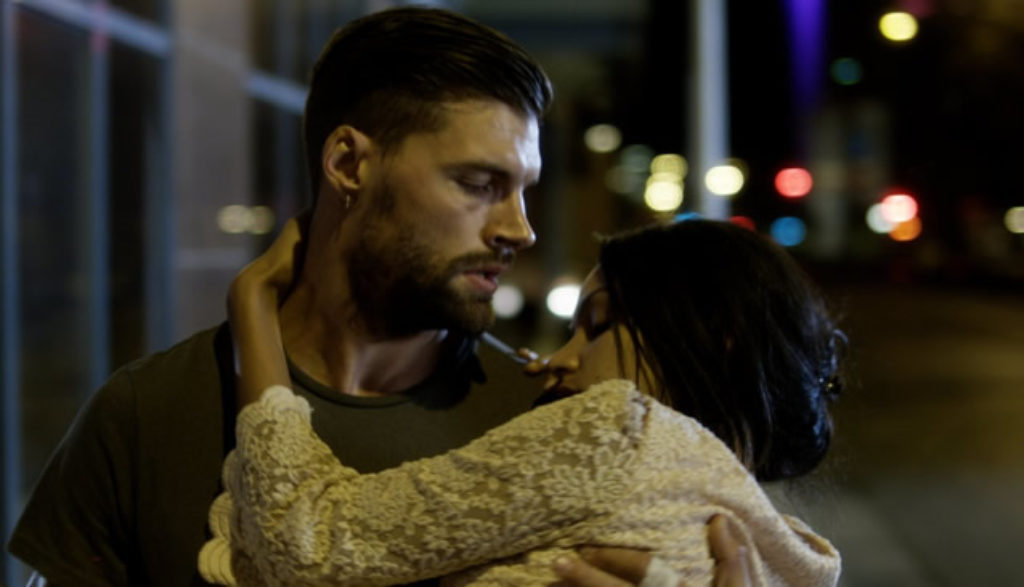 James has a problem with wrong turns. As in, he’s taken too doggone many of them.

And if you were to ask him, he’d certainly say that he considered himself to be a good man on the right track at one point in his life. But that was before the death of his wife, Melody.

She was something special, you see. She lifted him up. She made him try harder. Made him better. Between her and their young daughter, Emmy, James considered himself to be about as blessed as a guy could be back then. But when Melody passed, he had a hard time just coping. Keeping up. Even keeping a job. By the time social services stepped in to say Emmy had to be taken in by James’ mother or be put in the foster care system, well, he didn’t know which way was up … or down, or left or right.

So when James gets the offer to make some good money just driving a box truck across the country, he takes it. He needs the cash. The guys who give him the keys stress that he simply needs to stay behind the wheel, keep the truck locked up and keep his questions to himself. And that’s just dandy by James. Until, that is, he dozes off, runs off the road and hears … a girl yell out from the back of the truck.

Because at his core, James is still something of a good man. Melody and Emmy had burned that hot iron of truth into his heart with the smelting furnace heat of their love. So he feels compelled to grab a tire iron and knock the lock off the truck’s back door. And there she, or rather, they are: two young sisters who apparently don’t speak English, clinging desperately to each other and looking at him with eyes full of fear.

“What are you gonna do now, smart guy?” he wonders as he squats, looking at the women in the rear of that truck. But the truth is, James has already made a decision. Perhaps made yet another ill-advised turn.

Or maybe, just maybe, for the first time in a long time, he’s made the right one.

James is a good man who loves his daughter dearly. He wants nothing more than to finish his job and get back to her. But it’s his love for her—that and God’s still, small voice (see 1 Kings 19:12)—that drives him to protect Antonia and Maria, the young women whom he finds in the back of his truck. Even though he has no idea how to help them, what to do, or what it will cost him, he steps forward and puts his life on the line to fight against the sexual trafficking ring he’s now unwittingly become a part of.

James meets another man, Dale, who’s lost a loved one of his own to human trafficking. Because of that loss, Dale’s willing to sacrifice anything and everything to aid and protect James and the young women he’s found in his truck.

Antonia, for her part, repeatedly has chances to run off and save herself. But she steadfastly refuses to leave captivity without her younger sister, Maria.

In a straightforward but not too heavy-handed way, Priceless reminds us that we all tend to take wrong turns in our lives at some point. And these stretches of life’s lonesome highway can make us feel worthless and hopeless. But the film strongly states that in God’s eyes, we are still valuable beyond measure and that He is always offering redemption, even for the worst and seemingly most lost among us.

James has a tattoo on his arm that says, “Let all you do be done in love.” Antonia spots it and suggests that she wears her cross and looks to God in faith for that very reason. James retorts that he went looking in God’s direction a few times. “Turned out no one was home,” he says. “So I leave Him alone. He leaves me alone.” Antonia promises that she’ll pray for him to see the truth more clearly.

James has several conversations with Dale, and the motel owner suggests that if James is hearing a “small voice” telling him to do something, then he’d best listen and do what it says. He speaks of how the “flames of tragedy” can be used by God to burn off everything “so you can see what’s important.” He also suggests that when we are at our lowest, our heavenly Father can use what he calls a “God shot” to give us the strength to carry on. While being beaten, Dale even speaks of God’s forgiveness to a vicious pimp named Garo.

This film revolves around the difficult issue of sexual trafficking. That topic is front and center here. And it’s quite obvious—even though we never see any sexual activity or even glimpse anyone who’s undressed—that horrific sexual abuse has and is taking place.

We see, for instance, a group of women kept together in a well-guarded house. And Antonia is shown in bed with the covers up around her neck as Garo is adjusting his clothes after forcing her to have sex. We later see finger-shaped bruises on her arm.

Elsewhere, a young woman talks of being drugged by her boyfriend and waking up in the back of a van after being raped by a bunch of men.

A young woman wears some outfits that are a bit revealing.

In addition to that implied sexual violence, a beaten and tortured man is later shot in the chest and killed. Someone else gets struck in the face with a fire extinguisher. The next day, we see the deep bruises that the attack caused. James batters and pummels several men in his attempts to rescue Antonia and Maria. He’s involved in a knock-down, drag-out struggle with one of the ringleaders that ends with both men bloodied and James pointing a gun at the other man’s forehead.

Garo calls someone a whore.

Garo and his fellow abusers use drugs and alcohol to keep their female charges in line. One of the young women offers Antonia a drug that will make her “feel good.” Garo forces Antonia to drink some alcoholic mixture that he’s prepared for her. We later see her staggering and slurring her words.

A corrupt police officer is complicit in a prostitution and female sexual-slavery ring.

Human trafficking is a huge, heartbreaking, tragic issue, both here and abroad. According to some estimates, it’s a $32 billion dollar a year industry that enslaves more than 20 million people worldwide. Many of those victims are young girls who are snatched up between the ages of 12 and 14.

Of course, dealing with topics such as kidnapping, drugging and forced prostitution is no easy task. Especially if you want to create a film that addresses those dreadful subjects without wading explicitly into the sordid, sleazy and often agonizing visuals that are part and parcel of it all.

Priceless does an admirable job of helping us see and sense the danger of the carnal world of human trafficking while still steering visually clear of its true horrors. It’s a well-acted and involving story that should continue to help raise awareness about his important social justice issue.

That’s not to suggest, however, that this is a movie for everyone. It’s a tale of rescue, faith, bravery and even romance. And it suggests that God can make inroads into the most corrupt and hellish parts of our world via our faith-filled choices. But even when sanitized appropriately, a cinematic walk through those unpleasant places is still necessarily a grim journey at times, one that families need to approach carefully and prayerfully before taking themselves.

Those that do decide to take that trip, however, may very well find their hearts challenged and galvanized to consider what they might do to respond redemptively to the horrors of modern-day sexual slavery.