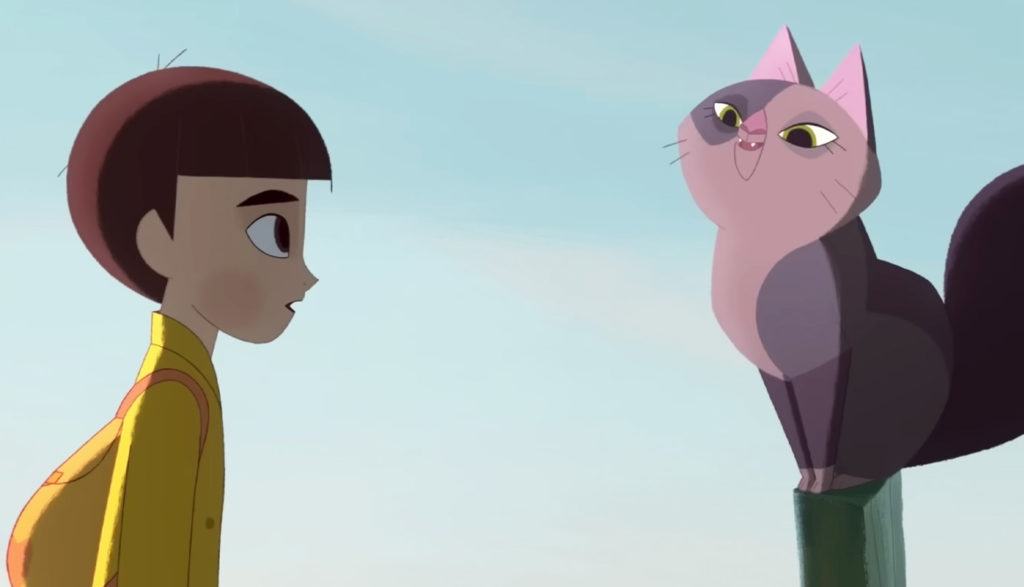 Many years ago, there was a young boy named Elmer. He would have lots of adventures, meet lots of new friends and eventually become a dad with stories to tell. But back then, he was just a boy, albeit a loving and helpful one.

All in all, Elmer’s life was good.

Elmer would help his mother every day in their little store. He was excellent at finding things for the small-town customers who flocked in the door. However, thanks to something he didn’t understand, something called a “recession,” the customers stopped flocking in. And it got so bad that Elmer’s mother had to close up the little store they ran.

Mom and Elmer were forced to move to a nearby city where she hoped to find some kind of work to sustain the two of them. Mom promised Elmer that someday they would scrape and save until they could open another little store—maybe in the abandoned building right across the street from the tiny one-room, leaky piped apartment they were renting.

But as time passed, the pipes kept leaking. The rent kept coming due. And the small jar filled with scraped-together savings grew emptier and emptier. Life was feeling scary, even though Elmer didn’t want to say that out loud.

Then, one day, as Elmer was off by himself and petting a stray cat, he wondered aloud, “Why is everything so hard?!”

“Are you asking me?” the cat asked back.

With a shock, Elmer learned that it’s not just people who could talk. And he also learned—from that amazing talking cat—of a young dragon that was being held captive on a nearby island. Why, if Elmer could somehow reach that island and free that dragon, just imagine what he could do!

People would once again come flocking to see a dragon. He and Mom could earn enough to start up their small store.

He just has to get to the island, and he’ll surely find the answers he needs. It’s simple.

But dragon-capturing isles can also have animals with sharp pokey teeth and pokey claws, don’t you know. And sometimes simple answers aren’t as simple as they seem.

In the course of his adventure, Elmer learns that bravery doesn’t require great strength or skills; it just requires the will to step up and help when you’re caught in the grip of fear. And the film suggests that you don’t have to pretend you’re not scared to be brave. You can admit that you’re frightened—just like everyone else around you—and still reach out to bravely help those you care about. Asking for help can be a brave choice as well.

The need to befriend and care for others, particularly those less fortunate than you, is another big theme here. Elmer crosses paths with a large ape named Saiwa. At first, he appears to be a villain who’s holding a dragon, named Boris, captive. But Elmer eventually learns that Saiwa isn’t evil, just misdirected.

Saiwa actually wants to help other animals on the island, but he must learn that treating others badly, even for an upright goal, isn’t an acceptable solution at all. Ultimately, several characters, including Elmer, must admit that their solutions to a problem—often driven by fear—were wrong. They all apologize for their actions.

Elmer’s mother is a good, loving and hard-working single mom. She repeatedly encourages and spurs Elmer to “not let go” of their hopes and dreams for a better tomorrow. The film makes it clear that a loving family is a place of refuge and comfort during difficult times. And it states that earnestly working together with friends and family can often result in positive solutions to difficult problems.

There is definitely a fantasy-focused magical aspect to Boris, especially his rite-of-passage transition from being a young dragon to being an After Dragon with greater power. The story’s fantastical feel is also evident in the obvious fact that animals in the story can talk. All of that said, however, the story doesn’t delve into that fantasy magic or explain it’s source.

On the other hand, with the right approach, a Christian parent could talk of Boris the dragon’s personal sacrifice, and the renewed island community at the end of the film, as a symbolic representation of God’s restorative hand upon a crumbling and dying world.

The island on which Boris is being held captive is sinking. As such, there are perilous moments when rising waters flood in and leave some animals in danger of drowning. In fact, Elmer falls and almost drowns before being pulled out of the water. (That rising water peril is a clearly symbolic representation of fear itself, something that young viewers will easily understand.)

There is talk of the island holding many dangerous animals with “sharp, pokey teeth and pokey claws.” Accordingly, we meet tigers, large apes, crocodiles and other beasts that fall into that category and who repeatedly threaten to chomp, pound or eat young Elmer. That said, the beasties are all presented in a cartoony fashion that sharply reduces their deadly threat. And by story’s end, Elmer has forged friendships with almost all of them.

Boris gets hit with something, causing him to crash to the ground and injuring one of his small wings. (Later that wing is snapped back into place.) Elmer and Boris both seek the wisdom of an ancient turtle. But find nothing but his shell and bones. Boris steps up and throws himself into great danger in an effort to save the island and its inhabitants. And at one point, Elmer thinks he is dead.

After Elmer sells something on the street corner, several other kids take the coin from him. There are a few light gassy and “butt” giggles in the mix.

My Father’s Dragon is based on a book of the same name that was published back in 1948. So, this tale feels refreshingly old school when compared to today’s kid’s pics packed with hard-hitting superheroes and social agenda messages.

The story posits that the struggles and disappointments of life can feel scary sometimes. They are scary. And, try as we might, we often don’t have the best and most immediate answers to the problems we face. But that’s OK, the film tells us, because we can help others with what we do have. We can admit our fears to one another. ’Fess up to our failings. And we don’t need a fire-breathing dragon to face our problems: just the forbearance, love and help of family and friends.

My Father’s Dragon is awash in color, action-drenched adventure and fantasy. It’s a fun film that doesn’t require some kind of—Uh … how about we go get cookies during this part, Sweety—parental distraction. Frankly, that’s an increasingly rare find these days, even in the magical realm of kid’s pics.