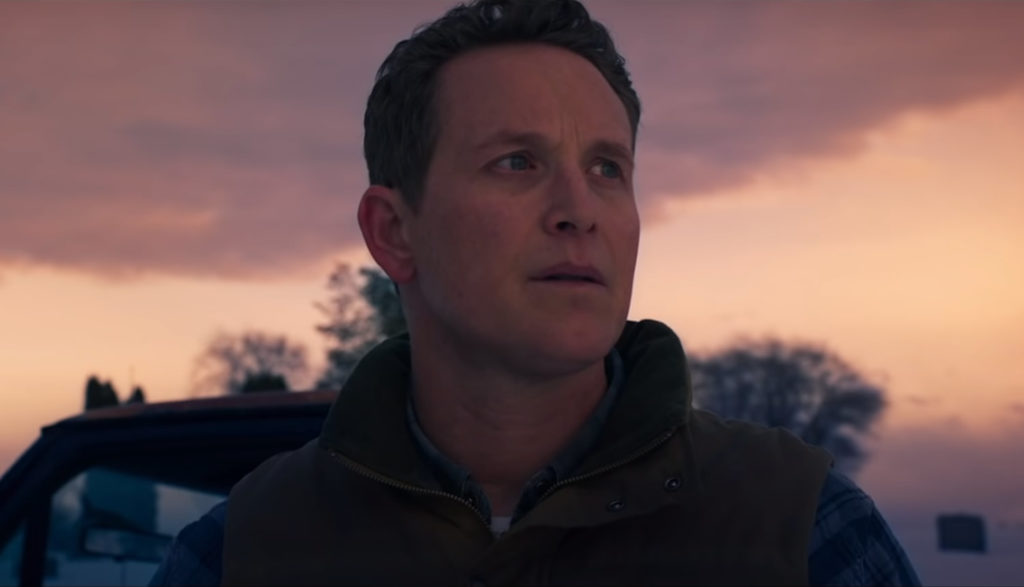 The word goat, in the sports realm, has two meanings.

One of them isn’t nice. Goat is short for scapegoat. The guy who cost his team a victory, maybe even a championship. More recently, though, the word has been acronym-ized as G.O.A.T: Greatest of All Time. Names like LeBron James, Serena Williams, Tiger Woods, Michael Phelps and Tom Brady end up on this list.

Wrestler John Wright was well on his way to becoming a G.O.A.T. Until, that is, he became the goat—especially among the residents of his once proud, now shame-filled hometown of Garfield, Washington.

John was the local boy who made good. His work ethic, talent and likability propelled him from winning state wrestling titles in high school, to a national championship in college, to an Olympic gold medal in wrestling. He was indeed a golden boy, the one everyone in Garfield proudly claimed as one of their own even after he went on to bigger and better things.

And then it all came apart.

But when John tested positive for using performance-enhancing drugs, he was stripped of his medal. Not to mention his dignity and his legacy.

Now destitute and desperate, John returns to Garfield when his mother dies. He’s got a beard now. A paunch. And sad, haunted eyes that rarely look up—the eyes of a man who had it all and lost it all.

John’s come home to sell his mother’s farm; he hasn’t been around since the scandal broke. But the people of Garfield have a long memory. Most haven’t forgiven John for embarrassing them.

Then again, John’s not really looking for forgiveness. Or redemption. He’s an embarrassment. A failure. And he knows it. But sometimes, redemption comes looking for you anyway.

John is about as popular in Garfield as an Old Testament leper. People point. They gasp. They sneak smartphone pics. They text their husbands when they see. It’s as if John’s scandal happened the day before, even though it’s been years ago now.

But there are a few exceptions. His old coach, Frank, warmly welcomes John back when they run into each other at the local diner. Frank and his kind wife, Annie, are genuinely glad to see him again.

A series of unlikely events gives John an opportunity to become his old high school team’s coach, a job that gives him a sense of purpose and direction. But one young wrestler’s father, Bobby Baker, pressures John to favor his son, Scott. Bobby manipulates John with an offer on his mother’s farm (which, John learns when he arrives, is about to go into foreclosure). But John eventually finds the courage to do the right thing.

That’s because John sees how important it is to help another teen on his team, Michael Miller. Michael’s a talented wrestler but a social outcast. His dad left years ago, and his mom is the town drunk. Scott Baker and his cool friends treat Michael terribly, as we’ll see. But John eventually realizes his own responsibility to help the boy.

When a crisis strikes Michael’s family, the town (led by Pastor Barnes) rallies around him, his teen sister and their much younger half-sister to provide for their needs.

John delivers a moving speech to townsfolk gathered at the church, saying of his drug scandal, “It was stupid. I didn’t mean to hurt you. … I want you to know that I’m very sorry that I let you down.” Similarly, several bullies who’ve mistreated Michael also eventually apologize for their treatment of him.

John has a long conversation with Pastor Barnes about his failures, his guilt and his shame. The minister responds, “John, suffering the consequences of your actions doesn’t mean that your life is condemned. God forgives. Period. Just ask Him.”

“Well then, my friend, it’s a done deal,” Pastor Barnes says, a moment of forgiveness that leaves John weeping in the church pew where they’re talking.

The movie’s message of forgiveness and reconciliation is also reinforced by Annie, Coach Frank’s wife, who tells John, “We forgave you a long time ago. But now it’s time to forgive yourself and move on with the rest of your life.”

Several other scenes take place in the same church. And it’s clear that many folks in Garfield attend there regularly.

John and Elizabeth have a slowly growing romance that includes holding hands and a tender kiss. Michael slow dances with a girl who’s interested in him. His mother dances with a man at a bar as well, and it’s perhaps very subtly implied that their drunken dancing is a prelude to more. A high school couple hugs. A woman’s shirt reveals a bit of cleavage. A training montage of high school wrestlers pictures several male athletes sans shirts.

Michael is walking home from a Christmas dance one night when Scott Baker and his friends jump him (because Scott danced with Scott’s girlfriend, who’s on the verge of dumping him). Scott savagely beats Michael, hitting and kicking him and leaving him bloodied and nearly unconscious in the frozen street. Michael’s face is savaged with cuts and bruises, which Elizabeth (who works as a nurse at the local clinic) tends to when he’s discovered and brought in.

Wrestling isn’t as violent a sport as, say, boxing. But it’s certainly an intense one, especially when Michael and Scott compete against each other.

Michael’s mom, Melinda, is clearly an alcoholic. She smokes and drinks in nearly every scene that she’s in. In at least one, she’s visibly intoxicated. We also see her get dressed up to go to the local bar to pick up a guy, and multiple people there are drinking.

After making a terrible mistake, John comes home and drinks straight from a bottle of whiskey, getting drunk and eventually passing out in the snow outside his mom’s house.

Even as he’s trying to put the pieces of his life back together, John makes some poor, cowardly decisions that pile still more regret and shame upon him.

Bobby Baker, the town banker, is simply a louse. It’s clear that he relishes being in a position of power over John—the former hero now broken and degraded by life. Bobby strongarms John into (temporarily) favoring his son on the wrestling team.

Michael gets arrested for stealing meat after being caught on a security camera. It’s clear that his family’s poverty is the main motivation. His mother beligerently belittles him for the crime, saying, “Way to go. How do you think that makes me look?”

The first half is a study in subtlety and character development. John Wright is a man of precious few words. And actor Cole Houser, who portrays him, skillfully lets his character’s perpetually downcast eyes and damaged demeanor tell his story.

As that story builds, however, it takes a turn into what almost seems like another genre entirely. Michael’s beating and recovery redirects the story into a pretty standard-issue sports movie. We’ve got an underdog wrestler, a Hoosiers-like coach and a grudge match with a hated enemy.

That’s not a bad thing, per se. Elements in both of these overarching story arcs are pretty satisfying. But it does give The Last Champion a bit of an uneven vibe. Fans of traditional Christian movies might not totally jibe with the first half, while the second half veers back into more familiar, albeit predictable territory.

As faith-oriented films go, this one’s a bit grittier than most, with a handful of profanity and a truly brutal beatdown of a teen that left me wincing and looking away. Alcohol plays a destructive role in several scenes too. That said, the overarching theme that ties this story together is redemption—for John, for Michael and for many of those who’ve judged both of them harshly.

So if you’re looking for a standard-issue, squeaky clean Christian film, this movie doesn’t quite fit that mold. But if you’re interested in a drama with compelling characters that doesn’t wander too far into edgy territory, this one offers a redemptive portrait of a former champion’s path back from failure to forgiveness.