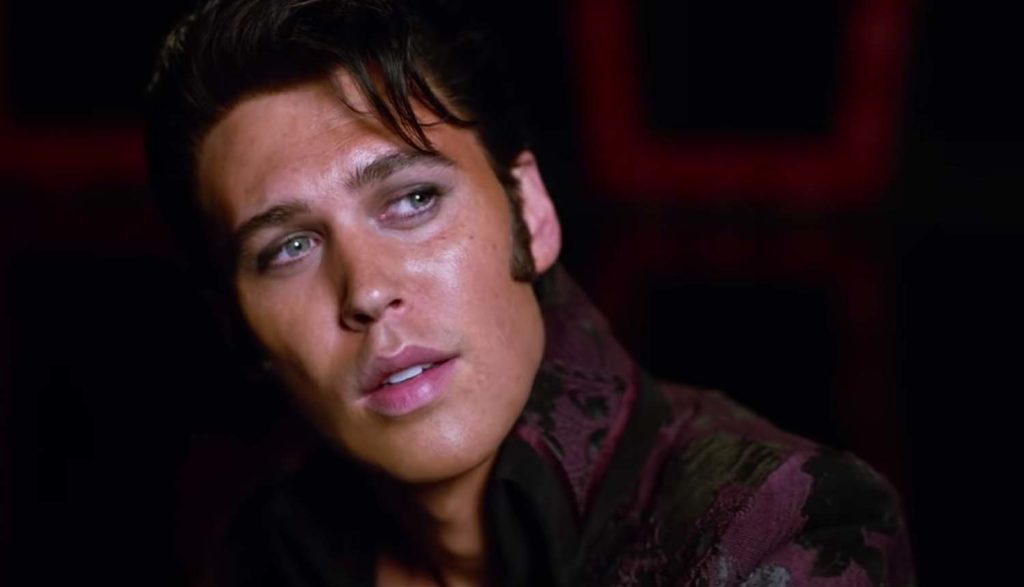 You could call Col. Tom Parker a cheat or a con man.

But in truth, he was a full-blooded carny man. He cut his money-making teeth in a carnival sideshow, and he had an unerring instinct for what would entice the public to loosen their purse strings.

By the time Parker first laid his eyes on a mop-haired kid named Elvis Presley, he had already moved into the country-music management biz. But his current guitar-plucking clients were dropped like a hot rock after the faux colonel laid eyes on that skinny, leg-shaking boy.

Indeed, Elvis practically smoldered with dark-haired good looks; the vocal oomph of a Black R&B singer; and the raw, hormonal appeal of every schoolgirl’s darkest fantasies. On top of all that, he was really just an inexperienced and nervous momma’s boy. And that made him an absolutely perfect project for Col. Tom Parker.

This boy named Elvis was a promoter’s dream. With just a little tweaking, a bit of fast-and-easy deal-making and dash of merchandizing know-how—all things in Parker’s skill set—they could make some pretty good money. Bigger money, in fact, than Parker had ever hoped for.

The biggest challenge, of course, was figuring out how best to manipulate the boy’s family and how best to break this jittery stallion. From there, Parker might be able to sit in the saddle and ride things out for a few years.

Who knows, carny man Col. Tom Parker might even put together the biggest sideshow in the land.

This film depicts Elvis, the man, as someone who always wanted to stay true to the values instilled in him by his mother. At the same time, he was obviously susceptible to being controlled by a manipulative and domineering manager. As such, Elvis’ biggest personal triumphs are moments when he pushes back against Col. Parker’s control and tries to voice his thoughts about the music he loved and the churning cultural happenings in the world around him.

Whether all that is true or not, it projects a man who wants to do what’s right and wants to stay true to his core values. In fact, even in his waning years when Elvis is plagued by drug abuse and a crumbling family life, it’s suggested that most of his woes were caused by others who wanted to keep the money machine rolling.

Elvis’ mom declares, “Family is the most important thing of all.” And Elvis takes that belief to heart. In fact, Col. Parker often uses that sincerely held conviction to manipulate Elvis and his family members.

Early on, a young Elvis stumbles upon a revival tent filled with singing and dancing Black worshipers. He’s swept up in the music and the spirit of the group and ends up being “slain in the spirit” with other worshipers during the God-proclaiming service.

Later in his career, Elvis sings a number of gospel and spiritually focused tunes, including “Glory Hallelujah.”

Elvis’ mom repeatedly talks about his singing and movements being a “gift from God” and a part of God’s will.

Col. Parker’s other client, Hank Snow, talks of spending the night in prayer. As a boy, Elvis loves the superhero Captain Marvel who always wants to “fly to the Rock of Eternity.” During some difficult cultural moments—such as the day when Martin Luther King is tragically shot—Elvis wants to make a public statement but is held in check by his manager. So, he decides to sing his feeling on air instead. “A Reverend once told me that when things are too dangerous to say, sing,” he notes.

As a boy, Elvis peeks in at a man and a woman dancing suggestively to R&B music. He later sees other Black performers using the sexually suggestive moves that he adopts and exaggerates on stage. In fact, the film promotes that early shaking sexuality as the camera focuses on his crotch and women (both young and old) begin screaming over his hip-thrusting moves. Elsewhere, a male audience member calls Elvis a long-haired “fairy.”

In Elvis’ early days, his on-stage gyrations raise the ire of a local politician (who’s backed by Confederate flags) who compares his moves to the “animal behavior” of “Negros.” He is labeled with the moniker of “Elvis the Pelvis.”

Col. Parker clearly sees the money-making potential of his client’s sex appeal. As girls swarm the young singer, someone worries that they might hurt Elvis. Parker replies, “Hurt him, they want to—,” before being cut off. He calls Elvis a “piece of forbidden fruit.” Soon after, women begin throwing panties on stage as tributes to Elvis’ appeal. He’s soon arrested for “crimes of lust and perversion.”

We see Elvis and several other Black performers with their shirts off. And the camera catches a peek at a woman in Elvis’ hotel room who is lying on his bed dressed only in skimpy underwear.

Elvis and his young love interest, Priscilla, kiss. And later, after being married for a number of years, they kiss goodbye as she leaves him. We also see Elvis kissing lots of women from his audience, while Priscilla watches.

An Elvis concert devolves into a chaotic riot as police charge in to end his onstage gyrations. People scream and tumble over one another as cops swing batons. There are also short clips of news shows reporting the assassinations of both Martin Luther King and Bobby Kennedy.

Both Colonel Parker and Elvis collapse, at different times, because of medical or drug problems.

Elvis and his entourage (including his “Memphis Mafia” companions) drink beer, champagne and hard liquor. And even though a young Elvis asks his mother to drink less, we soon realize that she’s an alcoholic. She drinks herself into an early grave.

Smoking is also quite common in the ‘50s, ‘60s and ‘70s, and we see lots of people puffing on cigarettes everywhere the camera goes. Col. Parker regularly has a cigar in his mouth or hands.

Elvis starts popping unidentified “pep” pills at a young age to keep going through a hectic touring schedule. And we see that habit grow until it becomes an addiction—all encouraged and spurred on by Col. Parker. (The camera examines an older Elvis’ bathroom counter packed with bottles of pills.) One scene, for instance, shows a drugged-out Elvis who can’t perform, and Parker demands that a doctor inject him with whatever it takes to get him out on stage. We see film footage of the real Elvis on stage just weeks before his death—bloated and barely able to stand because of drugs and overeating.

Col. Parker earns the nickname “Snowman” because of his many snow-job manipulations that he pulls on everyone around him, including an aware-but-susceptible Elvis himself.

Col. Parker is a heavy gambler and is driven by his growing debt to push Elvis harder in spite of the man’s failing health. In fact, Col. Parker manufactures things at every turn to keep Elvis doing what he wants him to: from family crises to fake death threats.

It’s suggested that Col. Parker’s nixing of the Star is Born film project, later in Elvis’ life, kept him from rejuvenating his career and cleaning up his drug habit.

Elvis was much more than just the biggest-selling solo act in music history. He was also a charismatic legend whose career veered from a cultural lightning rod to a self-parodying B-movie star, from musical icon to drug-fueled womanizer.

That’s a whole lot to dance and sing through in a mere two-and-a half hours of movie. So, where do you cut and trim? What do you make far bigger than reality? Or far better?

Director Baz Luhrmann has pulled out all the creative, cinematic and choreographic stops with Elvis. He aims his camera lens at both the King of Rock ‘n’ Roll and his heavy-handed manager, Col. Tom Parker. That results in a movie that’s part “All Shook Up” biography and part “Devil in Disguise” villain’s tale.

Is this pic entertaining? Uh wella blessa my soul, Yes! It loves its hero with a love that’s true. And in that light, lead Austin Butler is wildly enjoyable to watch onscreen.

The film, however, also stumbles at times. It’s packed with more misuses of God’s name, heavy drinking and drug abuse than most family audiences will want to swallow.

All in all, Elvis the movie is a colorful, mixed bag. Much like the famed singer himself.