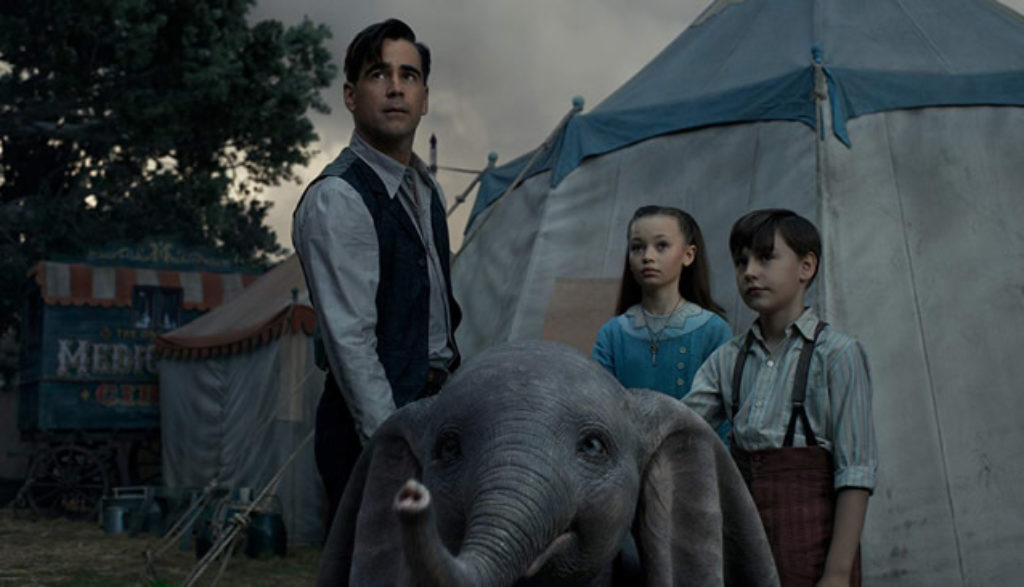 Twelve-year-old Milly Farrier doesn’t quite fit in her two-bit, fleabag circus world. She’s half a twist off and just a bit too, well, smart. I mean, sure, she’s definitely a part of the Medici Brothers Circus family, who have all loved and cared for her and her little brother, Joe, ever since their mom died of influenza. But Milly … isn’t circus material.

She can’t ride a stallion or juggle or flip. She loves science. In fact, she would rather pitch hay, shovel elephant droppings and read a book all day than even think about being part of a circus act. Nobody in the Medici family of performers can really understand that.

Even when Milly’s dad, Holt, comes back from World War I, Milly’s feelings don’t change. And to be honest, she can tell that her dad feels like an outsider these days, too. He used to be the circus’ horseman extraordinaire. But then he went to war, returning without his left arm to find that his beloved horses have been sold and that his wife has died.

Circus head honcho Max Medici isn’t sending the Farriers packing. But Holt certainly isn’t gonna be a lasso-swinging cowboy star any longer. In fact, there’s really not much for him to do. So he ends up caring for the elephants alongside Milly.

The one bright spot in Milly’s life is the circus’ new baby elephant. Some people think the little guy is a freak, and they label him “Dumbo” since he has a tiny little body and enormous floppy ears. Even Mr. Medici only thinks of the baby elephant as an oddity to be added to the clown act.

But Milly thinks he’s cute. She knows there’s more to little Dumbo than meets the eye.

Like her, Dumbo has something special about him that nobody could possibly understand. And one day as she and little Joe play a game with the baby elephant, the most miraculous thing happens: He accidentally sucks a feather up his trunk, sneezes and, well, flies.

That’s right: He flaps his big ears and sorta takes to the air for just a moment. It’s incredible. Nobody else knows about this bizarre ability, but Milly begins to wonder if maybe she and Joe could work up a special surprise for the whole circus family.

Dumbo is just a half twist off, just a bit too smart. And from Milly’s perspective, that makes him altogether wonderful. Unfortunately, some other folks think Dumbo could be pretty wonderful, too.

As in, wonderful at making them money.

After a money-hungry entrepreneur named Vandervere swoops in to make Dumbo a star attraction at his theme park, Dreamland, the film makes some pretty strong statements about the evils of exploitative commercialism, animal captivity, and the dark side of the entertainment business. (All of which feels particularly odd in a Disney production.)

Holt Farrier, his two precocious kids and a female trapeze artist named Collete all make sacrifices for one another and especially for Dumbo. The kids promise repeatedly to reunite Dumbo with his mother, Mrs. Jumbo, from whom he’s been separated. In fact, almost everyone in the entire Medici circus eventually works to help Dumbo and his mother to be reunited before the credits roll.

En route to that dramatic finish, Dumbo also suggests that feeling like a misfit is something we all tend to feel at some point in our lives. But that sense of being an outsider doesn’t have to short-circuit our dreams. Instead, we watch as the film’s characters encourage us to hang onto hope, to work hard and to rely on the support of those who love us as we chase our vision of a better tomorrow.

Upon seeing Dumbo’s unique qualities, an Indian snake charmer proclaims, “In my country, people say the gods can take animal form.” Colette performs as a trapeze artist in white who’s called “the queen of the heavens.” Later, she also dons a red outfit and headgear that suggest something more devilish (though not for any particular reason that the film clearly elaborates upon).

Collete travels with V. A. Vandevere and is seen as his “girlfriend,” though Colette says in private that she’s is just window dressing for the public. “I’m one of the many gems he wears to reflect the lights back on him,” she opines. A few of her outfits reveal a bit of cleavage. Some dancers’ outfits a bit revealing, too.

We see a guy kiss a girl on a Ferris wheel. Max is shown lounging in a bathtub, his chest visible with the rest of him is submerged under bubbles.

Early on, Dumbo’s protective mother is threatened with physical harm by an angry circus roustabout. And later she charges into a circus tent when Dumbo is being jeered at and peppered with objects thrown from a raucous crowd of people.

The jumbo elephant inadvertently knocks down the tent’s massive center post, which sends people screaming in a panic and then crushes a man (off-camera). We see his sheet-covered body being loaded on a truck. Dumbo’s mother is summarily chained up, dragged away and labeled a “Mad Elephant.” (There’s also a statement made later in the film that the elephant will be taken away and killed.)

As the story accelerates toward its dramatic conclusion, so does the action, which at times feels pretty perilous. Dumbo and Collete repeatedly dangle for their lives from a great height. In one scene, there’s a safety net to catch both when they fall. Into a couple of other scenes, though, no such safety measures are there to guarantee their safety.

Another elevated act goes awry as well, leaving, Dumbo stranded on an elevated platform as flames threaten to consume him. Little Milly climbs up a ladder to encourage him to fly away, but she ends up falling quite a ways herself (into a pool of water below her). Likewise, Holt climbs up the outside of a tent (and remember, he only has one arm), then takes a hard, thumping slide off of it. Another fire sends folks scrambling once more (something that frequently seems to happen whenever Dumbo takes flight).

A section of V.A. Vandevere’s Dreamland theme park is a dark and creepy place called Nightmare Island. It’s filled with shadows and scary, growling creatures that we believe escape at one point. The dark, tense vibe of the beasty scene could be frightening for younger or sensitive viewers.

One unfinished s-word and three uses of “h—” feel quite harsh in this PG-rated film obviously aimed at a pretty young audience. We also hear exclamations of “What the heck?” “son of a gun!” and “good god!” At one point, Max Medici’s circus performers are collectively mocked as “low-rent freaks.”

It’s a core part of the story, of course, but Dumbo’s separation from his loving mother remains a poignantly sad thing to watch (although perhaps not quite as heartbreaking as the original version).

And there are other elements of the story that deal with the subject of parents and children being separated as well, such as Milly and Joe’s mother dying from influenza (before the movie begins), as well as their temporary separation from their father before he returns from World War I. Finally, the movie also communicates the idea that if Dumbo can perform well enough, he can earn a reunion with his mother. For these reasons, adoptive and foster parents will want to preview Dumbo before taking children to it.

Elephant droppings are used as a visual gag. Vandevere breaks his word, makes ruthless choices and orders that Dumbo’s mother be killed.

There are a number of things to appreciate about Disney’s rebooted, live-action version of Dumbo. For one thing, director Tim Burton draws on his years of filmmaking experience to create some nicely ornamented visuals, filling his film with a sense of top-shelf production value.

As for the film’s characters, the big-eared, big-eyed baby pachyderm himself is an endearingly cute CGI wonder. The human heroes, of course, act sacrificially to help Dumbo, his mother and one another as well.

The story also delivers inspirational thoughts and moments encouraging kids to make the most of the abilities, and to recognize the important people and blessings in their lives—especially when they feel like they don’t fit with the world around them.

Finally, those digging for deeper themes might unearth a critique of the way the entertainment industry exploits many of those who work in it.

Those nice parts, however, don’t quite add up to the magical whole that you might walk in expecting to find. In fact, the film feels rather flat. Compared to some of Disney’s other recent live-action remakes, Dumbo doesn’t feel as compelling. Add in a dash of director Tim Burton’s penchant for campy creepiness, and some scenes here feel a little too intense for this pic’s intended tender-aged audience. (As do a handful of surprisingly harsh exclamations.)

Dumbo flies, to be sure. But his latest movie never soars.