Predators and Gaming: What’s a Parent to Do? 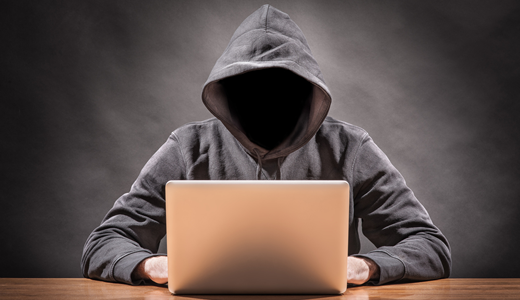 Most moms and dads know about online predators who slime their way into social media and potentially threaten our kids in one way or another. But we may not have our guard held up quite as high when it comes to gaming.

A mom named Kate was feeling pretty confident that she had her bases covered—since her 13-year-old son only played Minecraft and Fortnite out in the open where she could always keep an eye peeled. But one day (according to a report from The New York Times) she spotted some nasty stuff on the screen, got her son to show her his Discord account (a platform where gamers chat while playing) and found typed-out conversations packed with graphic language and sexual images posted by others. The parents of an 11-year-old Florida girl—who was kidnapped by a child sex predator she unknowingly met while playing Minecraft online—sure weren’t prepared, either. (Authorities rescued the girl and she was returned safely to her family.)

When you read or hear those kinds of stories, your first reaction might be to toss the game consoles in the closest trash bin. But don’t forget that smartphone. Or the computer you’ve got in the basement. Oh, and the gaming consoles the neighbor kids have, your laptops, the tablets, the PCs at the library: they’re all within reach and all beckoning your young eager gamer. Next thing you know you’ll be considering the possibility of binding your young beloved in bubble wrap until they grow old enough to be truly safe—like when they’re 30.

If that’s not an option, though, what’s a parent to do?

The simple truth is, the practices of clamping down and cordoning off are rarely as productive as your instincts scream that they should be. Conversation, however, can often work wonders.

A smart mom and dad will bite the bullet and get frank with the kids when they start dabbling in the world of gaming. There’s nothing wrong with putting restrictions on online play, especially when you clearly lay out the reasons why.

Tell the kids about the threat of predators online, even when they’re playing games. Let them know that while someone may appear to be just another kid or teen building things in Roblox, they may be there to build a different kind of trap. Fill the kids in on the predator practice of luring a new “friend” over to social media and coaxing them into sending pictures—and then blackmailing them into sending even more explicit and foul stuff. To a kind-hearted mom, this unfiltered approach may feel shocking, but an upfront conversation can help save tears, or worse, later.

Here are some important rules to pass on to kids:

You’re on the Team, Too

Of course, all of the above gaming safety tips land on Mom and Dad’s plate too, don’t ya know. Parents have an important role in keeping their children safe. First of all, make yourself familiar with the safety features and parental controls built into the online games, and gaming console you have there in the family room. You can usually set time limits, game rating limits, language limits, and other age-appropriate features on the current PlayStation, Xbox and Nintendo consoles. You can always find safety-focused game console videos online, too.

Oh, and make sure you know what those various game ratings mean. Know the difference between an E 10+ and a T-rated game. Come on over to Plugged In for game reviews and content concerns.

Make sure that your credit card info is protected and that your parental passwords are private. You may trust your young button-masher implicitly, but harken back to silly decisions you once made when you were just a young skull full of mush. Hey, temptation is a green-eyed monster.

And probably the most important tip is a full-throated recommendation that you get involved in the games Junior is playing. Actually playing a game with him or her can give you far more insight into what’s happening in and around the action. You may be surprised by the positive impact your presence has when you ask your teen to show you how this Fortnite game works. (They’ll likely be surprised, if nothing else.) It’ll give you some parent/child bonding time and let you see and hear what’s happening in this virtual world.

Hey, you’ll probably never be as immersed and enthusiastic about this gaming stuff as your kid is, especially if you’ve never really been a gamer yourself. But you know what? Just being aware and present can offer up some of the best protection you have to give.