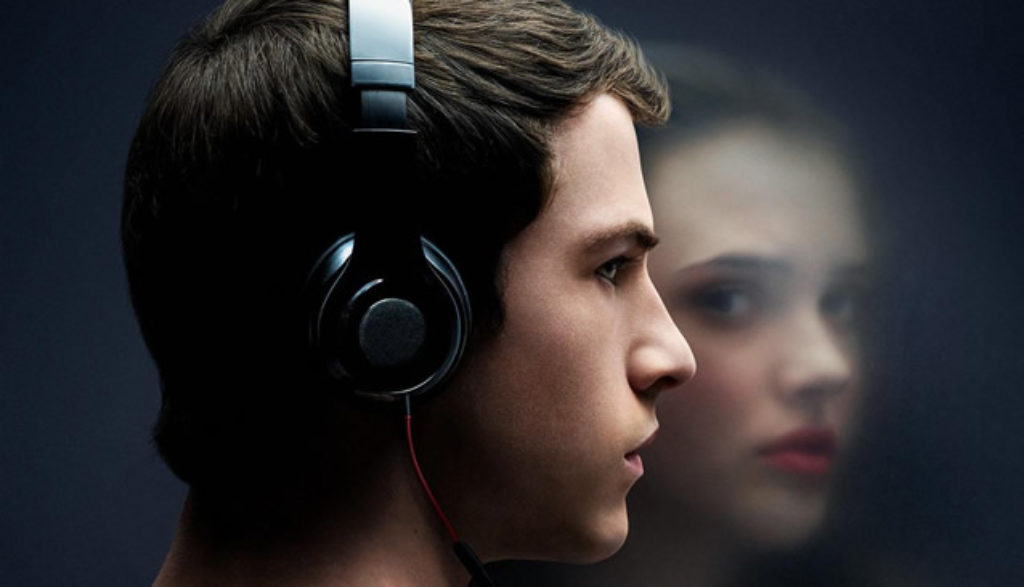 The high schooler took her own life. Everyone’s quite sad about it, naturally. They decorate her locker with notes and pinwheels. They engage in mandatory grief counseling to deal with the loss. The school’s administration is emailing parents, encouraging them to talk with their kids about it. Watch for warning signs, the messages say. Get help if your student needs it.

But how many of these high schoolers really cared?

Well, Clay Jensen cared. The awkward teen may have struggled to show it at times, but he liked Hannah. Loved her, maybe. He stares at her empty chair, zones out by her memorialized locker. Sometimes he even seems to see her. It’s like Hannah’s there still—smiling, talking.

Before everything went bad.

One day, Clay goes home and finds a box of old-school cassette tapes on his front porch. He procures an ancient boom box from his father and pops one in, pushing play.

“I hope you’re ready, because I’m about to tell you the story of my life,” she says. “More specifically, why my life ended. And if you’re listening to these tapes, you’re one of the reasons why.”

Hannah recorded seven tapes before she killed herself. She’s left messages on 13 sides, each side dedicated to a person who played a part in her death. Each of those people must listen to the tapes all the way through, no exceptions. And if someone doesn’t follow through, Hannah promises that the corresponding taped message will be released through an alternate, much more public, forum. “You’re being watched,” she cautions.

Hannah Baker may be dead. But she still has something to say. And for those who receive the tapes, it won’t be easy to hear. They tell a tragic story, one that’s full of unfair rumors and unintended oversights, terrible things said and small gestures left undone.

It’s a profound and powerful message—one that resonated so much with superstar Selena Gomez that she spent seven years trying to get the book turned into a TV show. “People—no matter what age—you can relate to this story,” she told CNN. “Everyone has gone through this. And more than ever, this should be talked about today.”

It is indeed a timely story, one that delves into bullying, depression and the byzantine social dynamics of the typical high school. It feels real, and uncomfortably so. Which brings us to an unfortunate paradox.

13 Reasons Why revolves around high school sophomores—kids too young to vote or drink or even drive. Asher’s original book is targeted at a high school audience. Presumably the Netflix show is, too.

But, ironically, the series comes freighted with a TV-MA rating—a warning that the content therein (according to the TV Parental Guidelines) “may be unsuitable for children under 17.”

13 Reasons Why earns that prohibitive rating in at least half a dozen ways. F-words and s-words fly regularly, joined by scads of other profanities. High schoolers drink and get drunk. Sex—real or not, willing or not—is very much at issue here. And rumors about Hannah’s habits and sexual predilections take center stage in her spiraling depression. As far as the student rumor mill is concerned, it’s not about whether Hannah will or won’t, but with whom and how often.

And the content grows more graphic as the show goes on. We see sexual assaults and raw violence on screen. Characters engage in (or are rumored to engage in) same-sex relationships. And eventually, we see Hannah Baker—in graphic detail—commit suicide.

Asher and Gomez would say that what we see on 13 Reasons Why reflects high school reality. And honestly, they’re probably right. What I saw and heard during my own high school days would’ve earned a TV-MA rating, too, and I hardly think that things have gotten much better in last few decades. But that doesn’t necessarily justify exposing yourself or your teens to this content willingly.

Is it a well-intended show? Yes, I think it’s fair to say that it is, as far as that sentiment goes. 13 Reasons Why encourages viewers to really examine their own lives and how they treat people.

That said, shows like this can also have unintended consequences.

Those familiar with the issue of suicide know that the act itself can be strangely and sadly contagious. If someone commits suicide in a given school, the odds go up that someone else will attempt it, too. Why? There are lots of potential factors, psychologists say. But in the emotionally charged world of adolescence, suicide can feel romantic. It can be a shout for attention. It can be revenge.

13 Reasons Why may, unintentionally, romanticize suicide for some students, even though that’s certainly not the show’s intent. The tricky thing about stories like this one is that, for some, it might be just the right message at the right time. But for someone else, the intended message could also be received in a tragically different way Clay Jenson struggles to deal with Hannah’s suicide. But his grief takes a turn when cassette tapes of her narrating key moments of her life show up on his porch. In flashback, we see Hannah, a pretty new student at school, as she strikes up a friendship with Clay but falls head over heels for a jock named Justin. The two sneak out to meet at a local playground, and they kiss—Hannah’s first, she says on the tape. But Justin takes a revealing picture of her zooming down a slide in a skirt: He shows the pic to his buddies to insinuate he did more with Hannah, and they forward the image around school.

Audiences see just a bit of Hannah’s underwear in the picture. A hypothetical flashback (imagined by Clay) shows Justin and Hannah passionately kissing on the slide, one of his hands sliding up her skirt. Justin’s friends ask him how many times he and Hannah did the deed. Clay angrily tells Hannah that it’s “sometimes better to wait,” hurting Hannah and causing her to storm away (without correcting Clay’s misconception). On the tape, Hannah echoes what her high school peers called her: a “slut.” Elsewhere, Justin takes off his shirt. And Clay says rumors of him being gay only recently subsided.

Clay rides his bike recklessly through town, hitting a parked car that sends him flying. (He bears a bloody gash on his forehead through the rest of the episode, though it’s sometimes bandaged.) Hannah lies to her mother and, presumably, sneaks out without her knowledge to meet with Justin. Clay and Hannah go to a high school party, and both are given beer (though Clay, a sophomore, requested Sprite). A dozen or more bottles of alcohol cover a kitchen countertop. There’s a joke about how a clown at a fourth-grade party was actually a heroin addict.

We see the word “d–k” written on a bathroom wall. We also hear four uses of the f-word and about 10 of the s-word. Other profanities include “a–,” “d–n” and “h—.” God’s name is misused at least eight times, and Jesus’ name is abused once.

Teens lie to their parents. Clay swipes an old Walkman tape player from a friend. On Hannah’s locker, we see several personal messages, including one that says “Your soul is with Jesus now.”