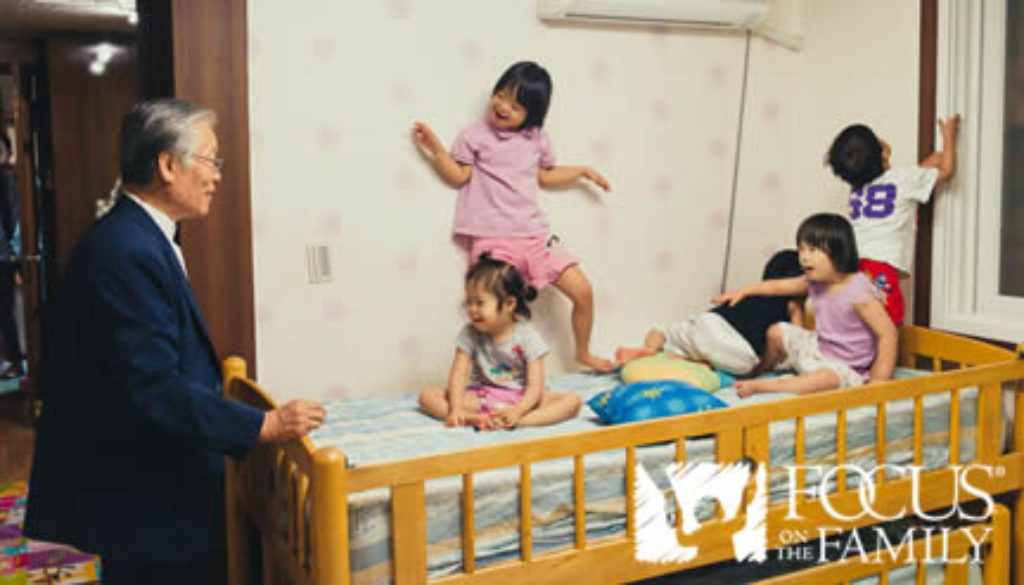 The Drop Box is a Focus on the Family documentary in association with Kindred Image.

You don’t have to search long these days to find tales of heartbreak. Turn on the TV, click on an Internet news site or fold open the newspaper, and you’ll find an endless litany of hurt and horror, at home and abroad. It’s enough to make your heart numb. So much pain. So little hope.

The Drop Box is not one of those tales.

Instead, this Focus on the Family and Kindred Image documentary about a humble, hardworking pastor and his wife in South Korea offers a narrative antidote to all that bad news—without pretending it doesn’t exist. It shows how one fiercely tender man, his wife and their small church have made a remarkable, redemptive impact on their city by saving the lives of those Jesus called “the least of these.” The Drop Box is truly a story about good news—a story about what the Gospel looks like in action.

Here’s that story in a nutshell: Pastor Lee and his bride, Chun-ja, didn’t plan on midwifing a ministry to abandoned children with disabilities. It just kind of happened as an outgrowth of their own personal experience. Their second child, Eun-man, was born with severe disabilities that rendered him completely helpless and immobile. He spent the first 14 years of his life in the hospital as his parents and hospital staff cared for his needs. And by the time Pastor Lee and Chun-ja closed out that difficult chapter of their lives, they’d adopted four more children with disabilities.

Soon word began to get out about the Lees’ compassion. So much so that desperate young mothers (many of them teens) began bringing their babies to Pastor Lee’s church. “People would often abandon their kids in front of their doorway,” Lee explains. “If they can’t afford to raise the baby, they leave the baby in front of someone else’s house and run away. It’s common practice. … We saw so many babies abandoned under any condition. We were so heartbroken seeing them. And we thought to ourselves, ‘What’s the best way to save these lives?’ We thought about this for many years. That’s why we made the baby box.”

It was a huge idea, of course. But Pastor Lee wasn’t convinced anyone would or even should actually use the box. “After I installed it, I didn’t expect any babies to come in,” he tells us. “I prayed, ‘God, please don’t let any baby be abandoned in the world. Only if the child’s life is being threatened. Or if the baby box is their last hope. Then, Jesus, open up the door for these children.'”

A Door of Hope, A Portrait of Purpose
The arrival of each new baby—and the documentary tells us there had been 354 by the time of filming—is a chaotic jumble of frantic activity, grief and thanksgiving. And despite possessing a level of compassion that seems almost superhuman, Pastor Lee admits that it nearly crushes his heart every time he discovers that another baby has been abandoned. He says he clings to Psalm 27:10, which reads, “For my father and my mother have forsaken me, but the Lord will take me in.”

The Drop Box then shows the specific stories of several children Pastor Lee, his wife and the small staff of his church have lovingly cared for. One of the most triumphant is that of Ruri, a child who was born with most of his fingers missing but whose quick mind and big heart eventually endears him to classmates who once mocked his deformity.

Given the severe disabilities of some of the children Pastor Lee has been entrusted with, the intense, round-the-clock care they require is of course far beyond the already-significant care a normal newborn requires. Accordingly, we see images of feeding tubes and what sound like perhaps lung vacuums inserted via trachea openings. It’s the only aspect of the movie that might give parents of young children pause before viewing.

Restoring Perspective, Lending a Hand
“There are children who rely on the help of others to survive their entire life,” Lee observes. “Many people think it is better for them to go to heaven as quickly as possible, because life on earth would be too difficult for them. But God sent them to the earth with disabilities. They’re not the unnecessary ones in the world. God sent them to earth with a purpose. Disabled children teach many people, change many people and help people reflect upon themselves, which is why they are the educators of society.”

Just as this movie is.

Joni Eareckson Tada says of it, “When the church reaches out to rescue and embrace the weakest and most vulnerable in society, it can’t help but push culture in a better, wiser direction. And The Drop Box is a remarkable film that shows Christian leaders and congregations how it’s done. The story of Pastor Lee and his love for ‘discarded’ children—especially children with disabilities—displays the power and influence of true Christian character.”

For more information about the film, go to TheDropBoxFilm.com.