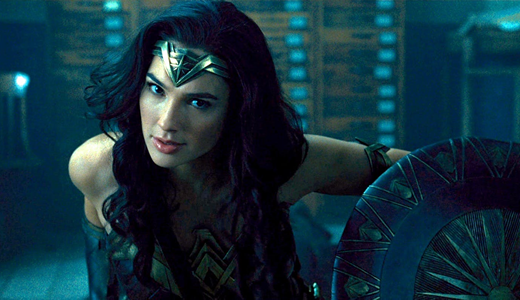 As I mentioned already, the Academy announced its Oscar nominations yesterday, and I offered a bit of a sad headshake as to how comparatively un-family friendly this year’s batch of nominees are.

But I wasn’t the only one a tad disappointed in the nominations this year. Just as soon as it saw the list, our collective culture pointed out the Academy’s most glaring omissions and snubs. This year, according to both Fandango and Atom Tickets, the biggest Oscar snub came at the expense of anyone involved with Wonder Woman, which didn’t score a single nomination. (Warner Bros. was pushing especially hard to get Patty Jenkins recognized as Best Director.) Fans were also disappointed that Tom Hanks wasn’t recognized for his work on The Post, and that James Franco was locked out of a Best Actor nomination for The Disaster Artist.

But Franco, who’s now enmeshed in controversy after allegations surfaced that he’d sexually harassed women, was reportedly “very understanding and somewhat relieved” by the snub. A source said that the actor is “trying to stay under the radar as much as possible.”

Oh, and speaking of various sexual harassment allegations and the #MeToo movement (and when, lately, have we not been?), A growing number of stars are now saying they’ll never work with famed director Woody Allen again. The latest: Colin Firth.

Of course, the Oscars aren’t the only show in town. Hollywood has worn itself ragged over the last month or so, handing itself awards. The gay and lesbian advocacy group GLAAD tossed out a few bouquets during its own round of nominations for the GLAAD Media Awards (including recognitions for Call Me By Your Name, The Shape of Water and, on television, The Handmaid’s Tale). Meanwhile, nominations for the Razzies—which acknowledges the year’s worst movies—were also doled out. Transformers: The Last Knight led the, ahem, honors, joined in force by Fifty Shades Darker, Baywatch, The Emoji Movie and The Mummy.

While we’re on the topic, we might as well as look ahead to next year’s awards season, and make mention that Paddington 2 now officially holds the highest Rotten Tomatoes score of all time.

One film not nominated this year was Hugh Jackman’s The Greatest Showman—a film Plugged In appreciated quite a bit but some secular critics did not. Well, no matter: After a slow start, the musical has been turning the movie world on its ear with its week-after-week strength at the box office. The Atlantic’s David Sims suggests that part of its charm comes from its pure originality and old-fashioned swagger. “Most blockbusters feel like they’ve been designed by committee, perfectly balanced by focus groups and audience tests to attract the widest swath of viewers,” he writes. “The Greatest Showman, a passion project suffused with old-fashioned silliness, stands out from that crowd—and it’s an unexpected triumph that studios would do well to pay attention to.”

Sadly, there are other things we should all pay attention to, including the growing problem of drug use in the United States. American life expectancy has fallen for the second straight year, and heroin and opioid addictions are largely to blame. Meanwhile, a new study suggests that e-cigarettes may raise the risk of teens smoking.

And then, of course, there’s the ongoing problem children and young adults may be having with tech and screen addiction. A new study finds that most teens and young adults spend at least six hours a day on their phones, and The New York Times offers some tips on how to tell if your children are phone addicts (one clue: if they get especially grumpy when phone-free, they could be). And even though C.S. Lewis died long before Facebook came about, the famed Christian writer has some thoughts on tech addiction, according to Relevant.

But hey, it’s not like most of us will be giving up our techie joys completely. Some experts believe that virtual reality will be the vanguard of our entertainment future, and  Xbox is already plotting out its future in a post-console world. But we’ll still have to eat in that future, of course. Thankfully, Amazon has opened a bleeding-edge grocery store sans checkout lines. Just as well: Apparently robots aren’t up to the task.

But all this stuff pales in comparison to an alarming, truly first-world crisis: The scourge of sandwiches not being bisected carefully enough. Apparently, one customer in New South Wales had had enough of the two halves of her sandwich not being completely mirror images of one another, so she returned it. When the sandwich shop (Corowa RSL Club) measured the two halves, they discovered that, yes, the angry customer was absolutely right: One side was a full five millimeters longer than the other, so they gave her back her money. The Internet, naturally, had plenty to say about that.