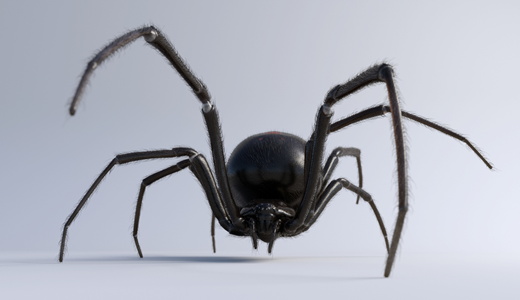 Well, three brothers from Bolivia didn’t know that second part. The boys, ages 8, 10 and 12, hail from the remote village of Chayanta in the Andes mountains. And they apparently thought they, too, could all become Spider-Boys if they prodded a black widow into biting them. Instead, the annoyed arachnid’s skin-piercing mandibles and powerful venom left all three in the hospital … without super powers, natch.

We can, perhaps, chuckle a bit at the boys’ misfortune, since they were eventually released from the hospital no worse for wear. (Though not before they suffered through pain, sweating, fever and tremors, it should be added. Black widows are not to be trifled with—even non-radioactive ones.)

But there’s another important reminder here for the rest of us: Entertainment gives us ideas. And sometimes, no matter how outlandish an idea in a movie, on a TV show, in a comic book or in a song might be, an impressionable, vulnerable or just plain inexperienced young viewer might just choose to imitate it.

This correlation between ideas in entertainment and imitation in real life is one that Plugged In has always paid attention to, especially in sensational (and, thankfully, rare) examples like this one. More often than not, the correlation between the two is a cautionary tale about the danger of imitating potentially perilous ideas from a fictional story.

But it can work the other way as well: Sometimes the notions we see in movies can inspire us to pursue a purposeful and redemptive direction in our lives. And I came across one of those stories this week, too.

Because Tom Cruise apparently isn’t tired of doing his own insanely realistic stunts (see: hanging off an airplane, holding his breath for six minutes, jumping out of an airplane 106 times, flying helicopters, etc.), he’s reportedly in talks with NASA to—wait for it—become a real astronaut and film part of an upcoming film on the International Space Station.

Here’s the interesting part: one of the guys greenlighting that possibility, NASA administrator Jim Bridenstine, admits that he owes his entire aeronautical career to a Tom Cruise movie. He told the Associated Press (via USA Today), “I don’t admit this very often … but I was inspired to become a Navy pilot because when I was in elementary school, I watched the movie Top Gun.” I don’t know about you, but I think that correlation is pretty cool.

Again, entertainment gives us ideas. Sometimes they’re not good ones (“Hey, we should coax that spider into to biting us so we can get super powers!”). Sometimes they change the entire course of our lives for the better (“I wanna be a fighter pilot!”) Either way, we would do well to reckon with the reality that entertainment has the enormous capacity to captivate our hearts and imagination, shaping what we believe and value and pursue.

Because, as former Plugged In editor Bob Smithouser used to say, “It’s not just entertainment.”